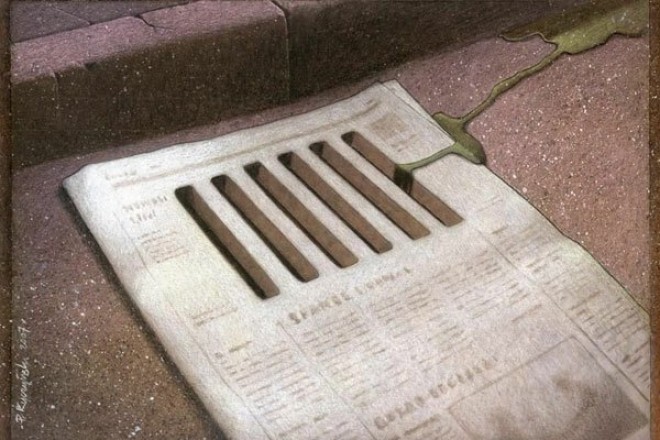 Today we climb up a mystical ride of the consciousness. Or as a friend of mine would say, a message from the ants of the universe… We walk, in our internal world, thinking about our issues, about how we will go on, and how we can help others, as the world seems to be lost for quite some time now… I mean Us, tenants of the world: lost.

Walking down the imaginary street of consciousness, we find a door with a message carved in the wood: “Satirical illustrations of Reality”, and down below, with tiny letters, with an infinity symbol ending the phrase, which said:

“The one who enters, goes out different…∞”

I look towards the street, and I don’t understand if my eyes are cheating me or not. A newspaper, and a sewer, together, are the Truth? The information/rubbish analogy invades me. Are we told what we really need to know? Or are we kept in a constant state of alert and fear in order to be controlled and far away from Truth?

And, of course, we open the door and we step inside… A huge room, a sort of abandoned storehouse full of white light, and drawings… Someone –we do not get to see his face– gives us a pair of headphones with a tiny antenna stuck on one side. A tiny red light tells us it is on. We put them on and voice starts telling its own Truth. A quiet voice, but firm, solid, sure of every word:

World peace is just around the corner. We all breathe the will of a well-functioning society. The hope is always there. Nevertheless, interests exist, mostly –and unfortunately– economical, which unable peace to fly and shed its good vibrations. Peace is opposite to competition, and without competition there with be no economical end, and the system would fall. 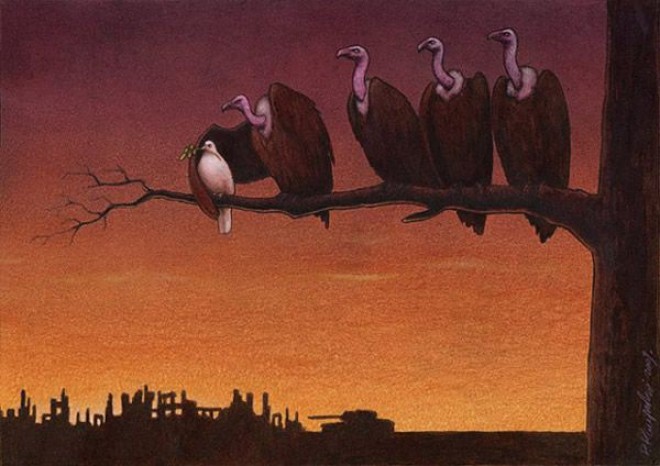 And it must fall, because in this system some play while others push. And the irony is complete, when the toys of the rich are assembled in one country and done with plastics achieved by extracting oil from another country on the other side of the world, which only sees smoke coming out from a fabric and does not understand why its politicians speak about progress. 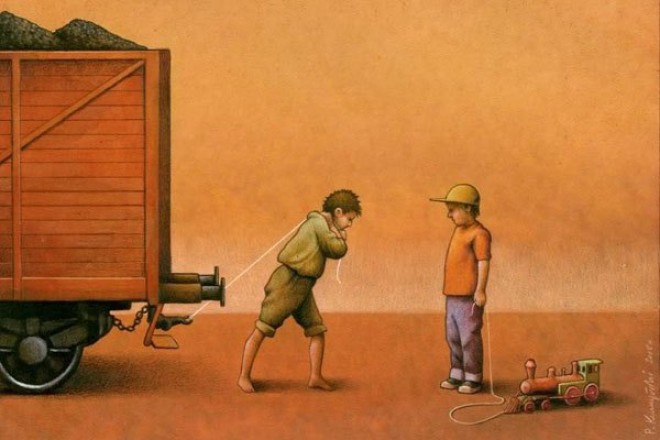 A progress only perceived in numbers… a progress which only appears in a computer screen. Where a group of big companies stalk an entire country (those carrion fed birds who don´t let peace fly) selling their products, which are always more and more varied, with more adjectives rather than utilities, full of packages, wrappings and papers, and a lot of excessive materials which have nothing to do with progress itself. Us, the ones who still have the power to buy stuff, open up, consume and throw away anything we consider rubbish, un turns up being a gift for others. Sick reality. 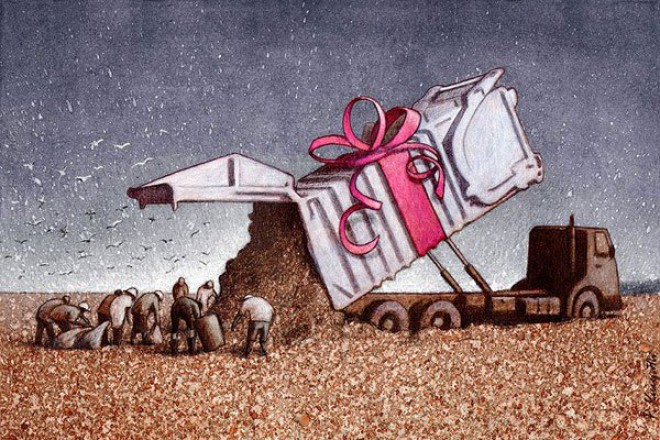 Family Holidays in Miami, or sending the entire family to rummage the rubbish bought in Miami. Tourism has gone along through the tangent and is no longer a quest for the soul, travelling to other horizons, and re-finding yourself. Now, we work the whole year to escape only 15 days, those who can. Now, it seems that it is only important to capture the fact that you were there –Click! Click!- another family album and to think again in the holiday of next year. A big lie. 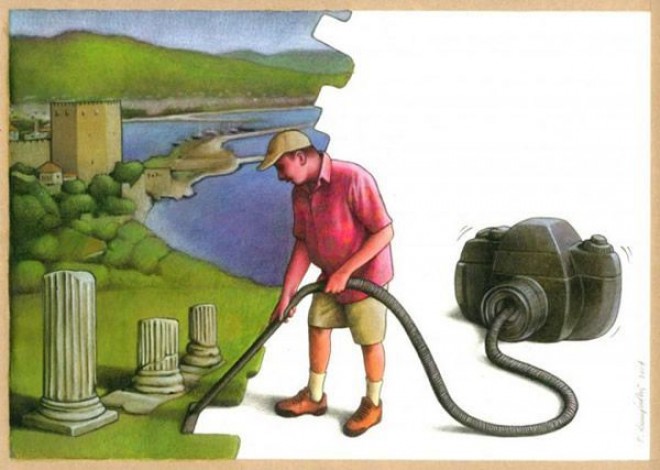 And while a mob of tourists go over and over the same path, this one is carved on the ground with more intensity in every step, and you can see an empty box of cigarettes or a package of chips and another plastic bottle over there.  The animals, terrified, see their ecosystems collapse and get the hell out of there; others are forced to commit suicide. 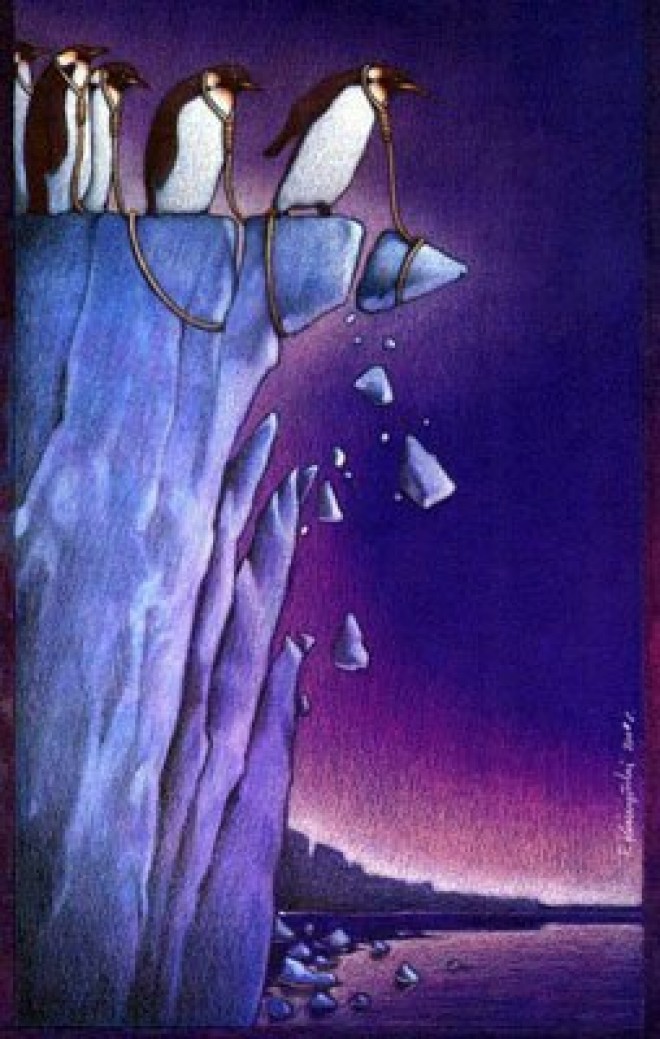 And what is happening that we do nothing? Could it be that the rubbish-culture we are given to consume maintains us distracted from what is real? Governments need and entertained and non-educated society. Because if we are tamed, they can go on extracting our natural resources excessively, charging huge interest rates, mortgaging lives. Beware, for example, of football: a passion for many, a beautiful sport. But not fanaticism… because that allows the market to control ourselves. And it moves masses of people, and by doing so, there is a lot of money involved.

Just imagine. And I am not saying we need to stop cheering for our team, or stop using sport as a social unifier, but imagine: if only the money from the transactions among football teams were destined to renewable energy investigations, or yet to more basic needs, having water, food, shelter, and a life… Solving the problems which emerge due to social marginalization. 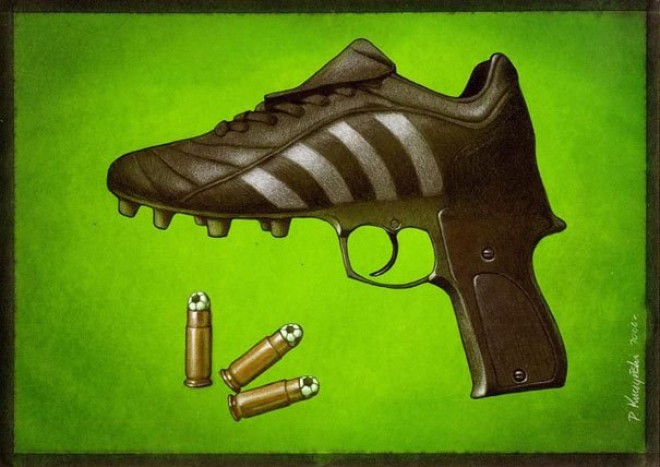 But money hides something else. Money is not redirected to where we need, because the countries which got the best of the old primary accumulation got armed to the teeth in wars destined to steal each other’s strategic natural resources.

(In the last La Pampa Critical Mass, an astronomer friend of mine, a contemporary Carl Sagan, a time explorer and infinite student, told me “and everybody gathering money, I do not know for what!” – and he said it so simple…) 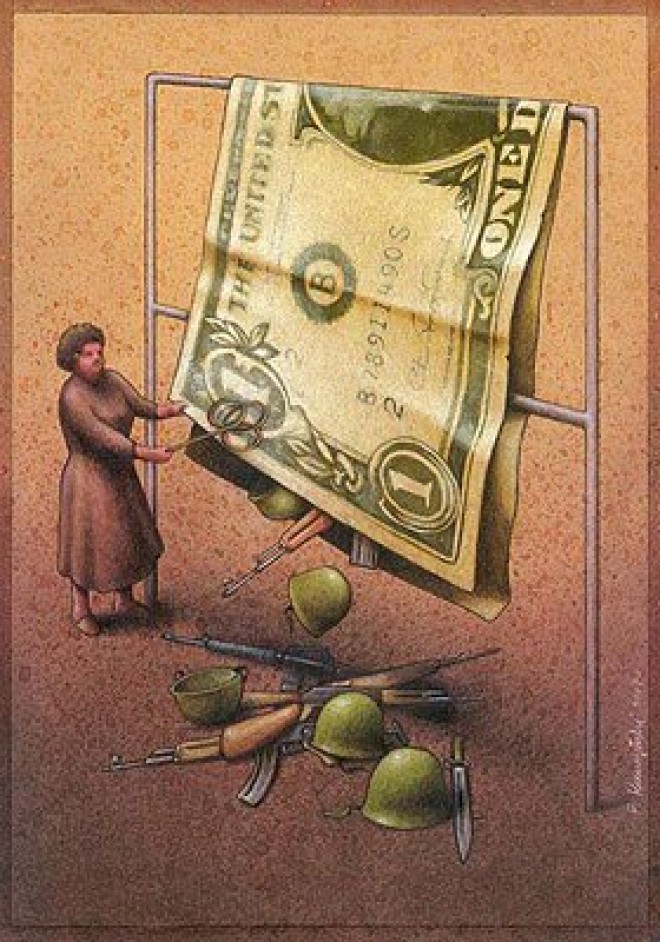 A complete brainwash exists in our human species, a stupid and rotten virus, which makes the soldier pull the trigger, the politician be corrupt, and the capitalist be greedy. 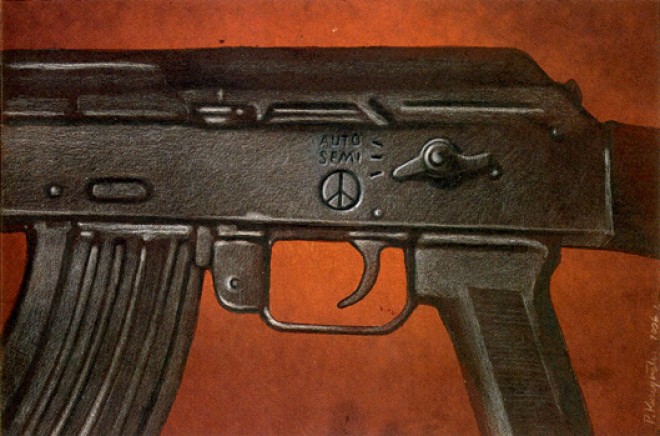 This virus stroke right in the centre of our culture, and contaminated our education at a point in which we are taught what the system wants us to know. History written by those who won, the basic economies explained in order for us to feel we cannot change it, and less and less hours for arts. A directed education, the tip of the iceberg. 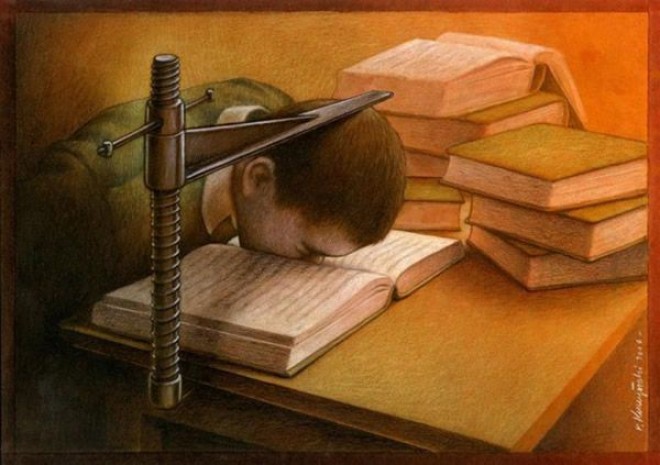 We take of our headphones; the red light is no longer on. When we go out to the street, everything has changed. We have changed. And we look at reality like a theatre act, which will soon come to an end. And we start thinking…

All the images are from the Polish artist Pawel Kuczyynski. You can see 50 of his images in THIS link.

Thanks to Noel Carpenito, artist and photographer of life, for passing me Pawel´s link.