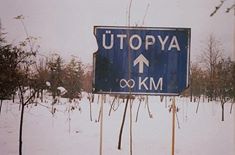 “The Planet? Use it and throw it away. In the ephemeral kingdom, everything is immediately transformed into trash. In order for the demand, the debts and the profit to multiply, things get exhausted in the blink of an eye, just like the images shot by the machine gun of television and fashion and idols that advertising launches into the market. Last year’s model is a museum’s antique. 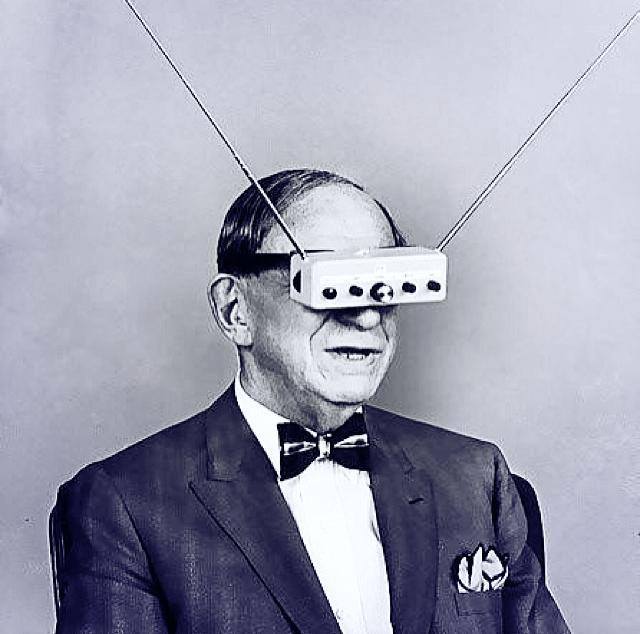 The right to waste, privilege of a few, claims to be everyone’s freedom. Tell me how much you consume and I will tell you how much you are worth, proclaims the northern part of the world, and the televisions, electronic preachers, spreading the gospel of modernization. The pain of not being anymore, that in other time the tango sung, leaves way to the shame of not having; and the south, dumpster of the north, makes everything it can to become its caricature” – Eduardo Galeano. 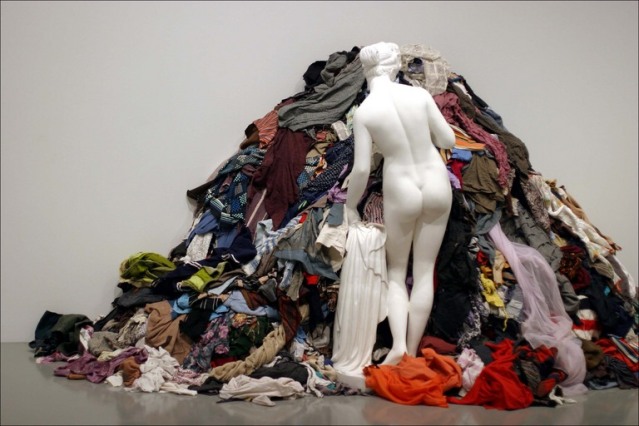 The problem is that while currencies and shares and economy and that “invisible” hand of the market do what they wish with our destinies, more and more people are kept outside of the game, without being able to keep on consuming as they did before. We already talked, in the Awareness Newsletter Nº85, about the hypocrisy of money, and about the dysfunction of capitalism, which creates its own destruction. In its quest for profit and reduction of costs, companies fire their employees, but at the same time leave them with no purchasing power to “keep on playing” inside the system, keep on spending without even thinking on saving a buck.

The problem, therefore, is not only that the gap between those who can pay and those who can’t keeps on getting larger. The problem is that those who CAN pay products which keep on rising, keep on consuming them, without caring about others who can’t do it anymore. 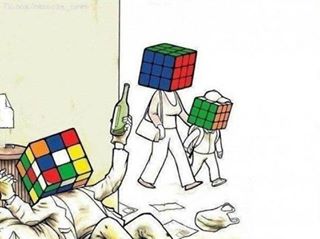 In an attempt to breakdown this reality, there was a call in the social networks, here in Santa Rosa, where a group of citizens threw themselves against the great chains of supermarkets and gas stations that operate in the province in order to achieve a “consumption blackout” on Friday, February the 7th, as a way of protesting against the speculative rise in prices, The newspaper La Arena informed that “Marcos Murcia – who I personally know as he joined us pedalling a couple of times in the Critical Mass, one of the few citizens committed in changing our reality – “is one of the ideologists , but from the first moment he made it clear that he doesn’t seek to give a political content to this movement, that’s why there’s no organism or political party that appears as a visible head”.

As I was travelling on the bus, going from Santa Rosa to Toay to camp for a few more days, as I approached my stop I overheard a telephone conversation a lady was having… I couldn’t help but listen when I heard the word “dollar”…

– But tell me my dear!! WHAT SHOULD I DO? SHOULD I BUY DOLLARS?

And without noticing, I interrupted her with a smile: Don’t buy dollars madam… And I got down the bus, tormented. Do we really have to reconfigure our lives according to the variations in the exchange rates by decision of some couple of guys abroad?

A few days ago, I bought a new cell phone and the dollar ended up favouring me. The cell phone costed $1600 last week (pesos), now it costs $2150. The solution?: to lower the standard, and not to keep on working to acquire goods that become more and more inaccessible… 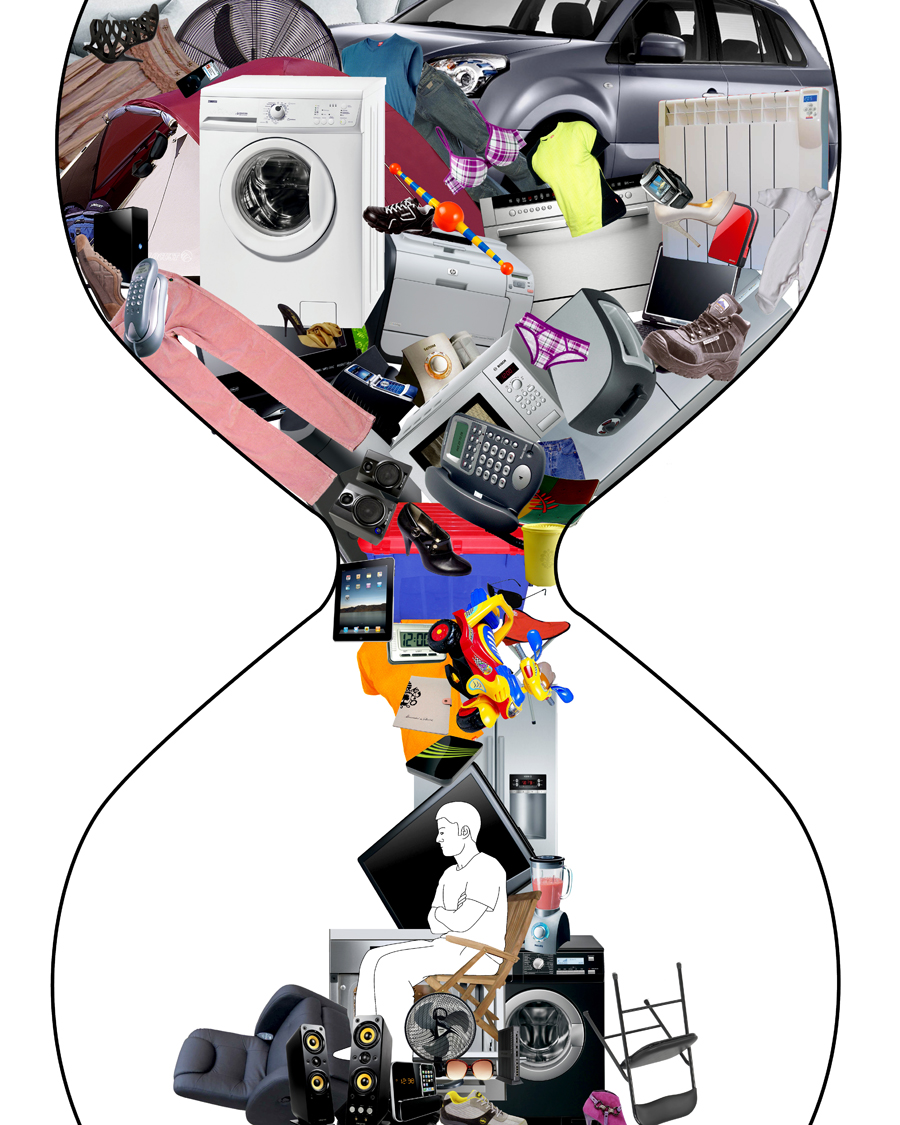 While the salesman of the telephone agency showed me my options, and while I dealt with the fact of being forced to accept a touch screen, and while the same salesman tries to convince me by saying that “it’s the technology of the moment, you have no choice”, I ask him, as an everyday thing: “And what is the planned obsolescence of the tactile screen?”

“How long until it breaks down…?”

“But you know what I’m talking about, right?”

And finally he answers: “Yes…The thing is that no one ever asked me about it before…”

And that’s what happens… clients only seem to care about keeping on taking pictures and posting and taking pictures and posting, when life is actually what happens outside the online ego fed by broadband, Wi-Fi, and all the satellites that we follow at night with our eyes… Those artificial little dots that travel through a night full of stars at constant speed and a perfectly straight direction, lifeless, spinning, orbiting… Little do clients care about the African blood that stains the minerals that constitute our cell phones. Like, for example, coltan. 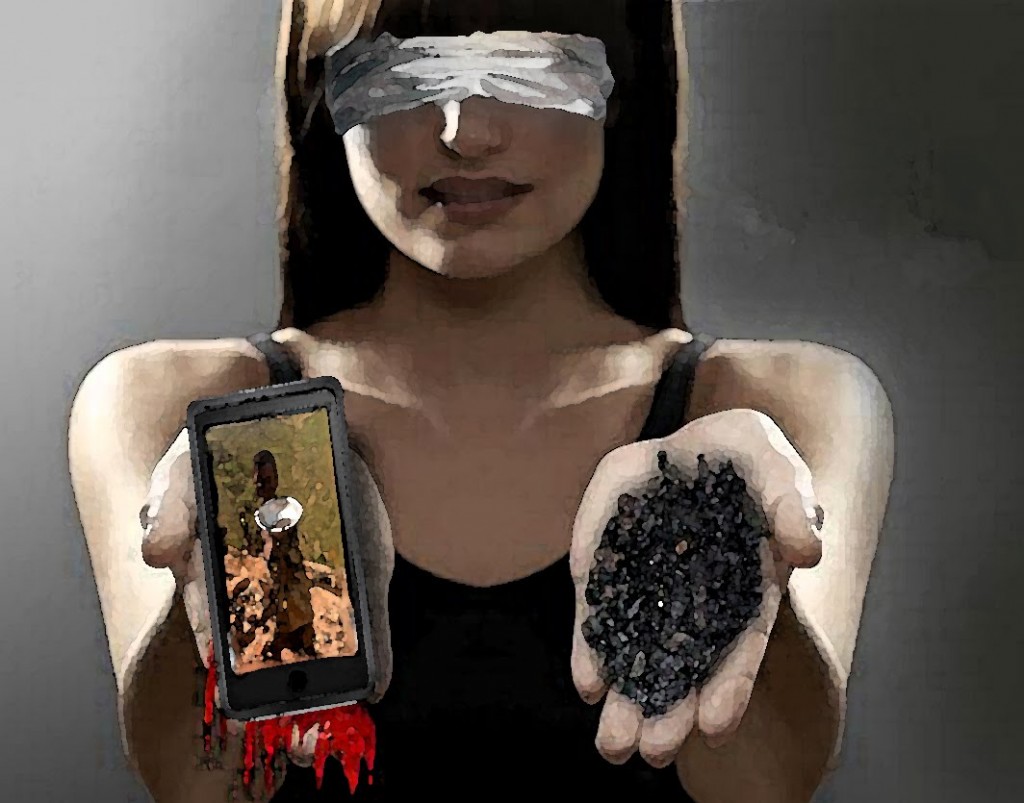 Annie Leonard, one of the first brave people to refer directly to the problem of coltan, informs in her book “The Story of Stuff” that “although coltan has mostly been sourced from other countries, like Australia, Brazil and Canada, 80 percent of the world’s supplies are in the politically unstable and violence-plagued eastern part of the Democratic Republic of the Congo. Congolese coltan mining has funded brutal guerrilla forces and their supporters in neighbouring countries like Rwanda, Burundi and Uganda”.

Always the same, since 1492, and also before, until today: greed, avarice, disproportionate ambition over the overexploitation of natural resources…Gold, Silver, Diamonds, Coltan, Oil…all of them stained in red. (If you wish to, here you can watch a documentary about Coltan outraged friend of mine sent me).

Anyway, I ended up buying a cell phone for $960, and with the remaining $640, I bought myself a book and a train ticket to Buenos Aires to visit a friend of mine who’s getting married.  The dollar schizophrenia got me a book, a ticket, and the blessed cell phone.

As I got home, while I was reading the cell phone’s manual… a few important warnings:

1. Do not leave the device on heaters, microwaves, hot kitchen equipment or high pressure containers nor close to them. The battery can suffer leaks. This device can get overheated and cause a fire. (?????)

Honestly, who leaves a cell phone in a microwave? I can only imagine some clever client making a lawsuit to the multinational cell phone company because the manual did NOT warn that you could NOT put the cell phone in the microwave and so it got broken.

An explosion?? Out of guilty conscience…?

3. And this is almost as if they were washing their hands… When you use the device in public, try not to bother others. Thank you, now I know that I cannot make a lawsuit to a multinational whenever some teenagers, also showing their egos everywhere, listen to incredibly loud music on their cell phones while they are sitting next to a lady tired after working nonstop for 45 years. Others, with a higher purchasing power, keep on doing it, but with their motorbikes exhaust pipes. The louder I am, the cooler I am…What is wrong with us? 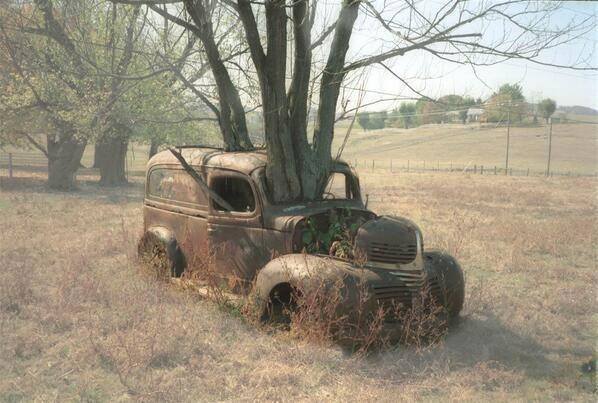 As I was saying, I get down of the bus. I have around a 400 meters walk to the tent, I think…I can’t stop thinking that society, as a whole, is becoming more and more crazy. Disgusted with itself, but without even noticing. We do everything by inertia.

The world of consumption, gives us more and more purchase options, but in exchange we are left with less options for being happy, as we become more tied up to the cycle of working for consuming. I remember how, last Sunday, the cover of the newspaper La Arena caught my attention: “Cultural changes in the pampean society. Concubinage in 2012 quadrupled marriages.”

Is it possible that we got to the point where there is no time for love?

As I entered the camping site where I spent so many nights… I got into the small forest of “caldenes”… and I see a guy, with a shotgun, aiming at the trees – he doesn’t aim well, goes back one step, two, and aims again.

He turns around, I would have thought that he had realized that he was, indeed, a stupid guy, and he says: “Yeah, I’m sorry, I’m teaching my son how to shoot, you know that it’s forbidden in town, right?”

“And it’s even more forbidden here, sir, this is a reserve of “caldenes”, you can’t just kill species.”

“PRECISEY! You can hurt anyone with that, or even kill a bird”.

“BUT I DO WORRY, I see you crouched, with a shotgun, aiming at the trees and I can only think that you are trying to kill a bird…”

“Ok, I’m sorry…” He said, without caring at all, he turned around and left, with an old truck and a little trailer full of calden logs… one can only wonder where he cut them from…

And I think, if we don’t even love life itself, how can we ever love each other?

Society and Madness. Utopia and sanity. Wolves returning to the steppe…

“If you like their songs, it is because you love their freedom”

– Pictures extracted from Google. Except for the picture painted by Ojos de Pájaro in defence of the freedom of birds.