Here comes the cavalry (US)

This is a call for solidarity, but for ourselves.

Last week we spoke about Gradualism as a way of taking gradual action, progressively, and we related it with the “little steps” each one of us can do. Little steps that, indeed, are the ones which keep on adding up until the glass is filled, you kick the board, and shift the system. Little steps that make the BIG CHANGE produce itself almost by decantation. 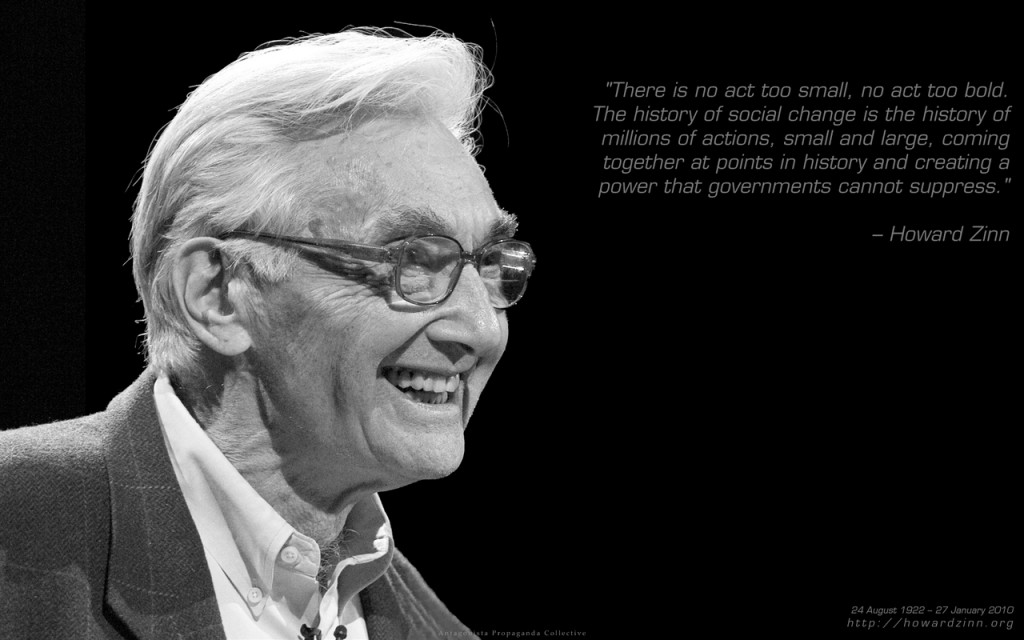 So, I accept that there comes a time in which you NEED TO DO SOMETHING BIG to help all the little things we do come together and grow, making others do the same changes, replicating the ideas, expanding winds of change like a domino which started and can no longer stop…

Nevertheless, when we try and make mid/long-term changes, we stumble upon the same old obstacles: twisted laws, corrupted politicians (some ignorant, others fearfully intelligent), and a web weaved with the voraciousness of POWER (the power of controlling everyone else, and believe that they can do without the natural world). 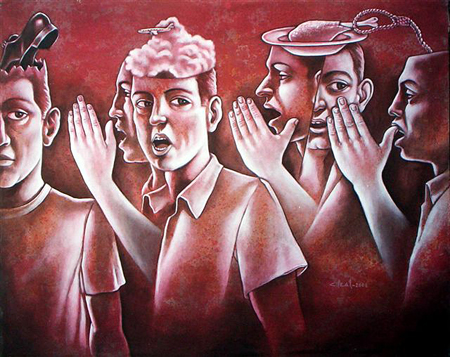 And there is something more: at school, university, in life, in the streets, or by those coincidences of life –or causalities– I kept on meeting amazingly intelligent people, capable, enterprising, that –having already moved along the half of their professional lives- they feel frustrated, called to a halt, and gave up… Why?

Because maybe, they spent their entire lives trying to change things, going against the flow for too many years… and now they are wrapped up in the habit of collective failure. They have studied, seen, analysed, acted accordingly… and might now feel it was all in vain.

It is like if James Lovelock’s pessimism –the creator of the Gaia Theory which I was always interested in its sociocultural effects-, who believes we can only start a sustainable retreat from the planet, wraps the generation of the 60’s and 70’s with a mantle of frustration and indignation.

[You can download an essay I made on the sociocultural effects of the Gaia Theory here, bur I only got in spanish!]

Luckily, our generation got the message, and the means of communication we have are no longer what they used to be. I always think how the fall of the Berling Wall would have been if internet existed at that point in time… And I tend to repeat this a lot: we already have a global consciousness which invented a global communication tool which allows us to operate in a coordinated and effective fashion on behalf of nature… we only need to assume our social responsibility with her.

“Although we all have the capability of succeeding, there is a lot of people who life has taught them, at the expense of pain, failure and punches, that it is better not trying too much and stay stuck on Earth, not daring to look towards the clouds, because it is even riskier to dream, as you can pay two costs: the one of failure, and the one of frustration; and also the one of punishment and hopelessness. Even what has been elegantly but ideologically <<learnt hopelessness>>” (Elizalde, 2009) 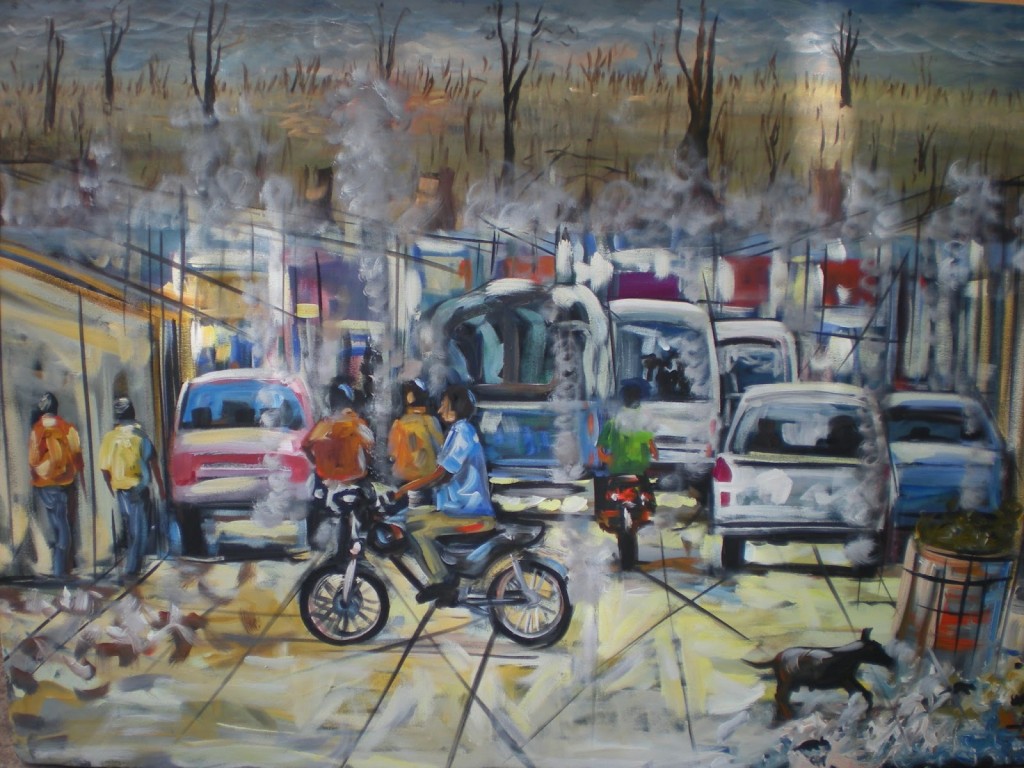 (Foto: Geovanny Infante – Cause and Effect)

We need to fight against this LEARNT HOPELESSNESS which our society is undertaking –our people- throughout the world… Why do we learn to have no hope?

Because our environment is conditioned to compete between us. Because the social pact seems to have been a fraud, and suddenly, routine transformed itself into dogma, and we have no hope for something better. The only way to change this, the only way of waking up the people from their lethargy, is by bringing into consciousness one common factor, as, for example, the big worldwide environmental problems.

Bringing into consciousness the screams from our Earth, allowing them to echo inside us, makes the social responsibility emerge. Each one of us will need to assume its role, add its own grain of sand and pay tribute to the Planet that allowed you to breathe, eat and dream. Each one of us, from its own profession, can or must look for ways of rethinking things, taking action and acting differently, trying to make sustainability emerge in our society as grass in the hill. 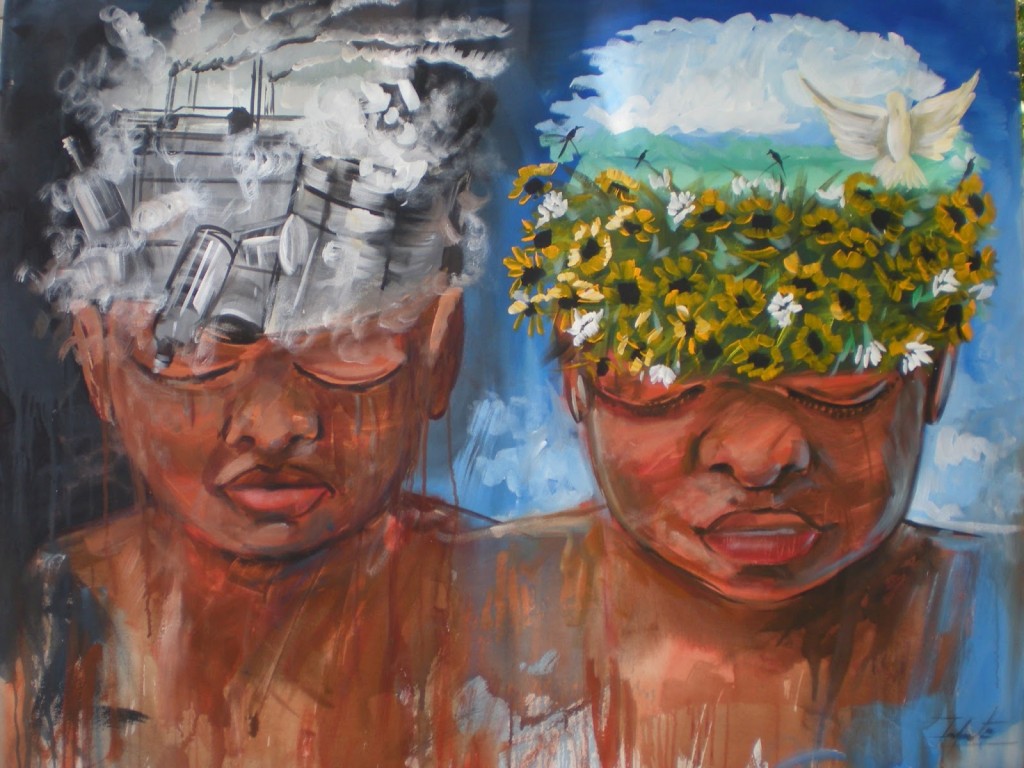 “A well assumed identity is that which is able to harmoniously imbricate origin and vocation.

Hence, what gives sense to our actions is not only found in the purpose pursued (utopia or project), nor in the imbrication of this with our daily practices (routines or events), but in the whole, constructed by these elements plus our vital trajectory (history or biography).” (Elizalde, 2009)

The moment has come for a great change, our generation keeps growing and we are about to live the trespassing from the old decision makers to us. The idea is: either we reach a safe port, or none at all.

It will be until next week!

The Earth calls us.

She calls us from within

She calls us from without

From the fallen tree

From the dry leaf

She emerges her arms

The Earth calls us,

From the animal kingdom she calls us

She calls us brilliantly

The dried out Earth,

And the blah blah increases

Blah blah in the congresses,

The issue is the same:

And the Earth calls us

The lighten up flora.

They breed us as they go.

The Earth calls us

They burn up the plains

And the mountain range.

The wound the fauna

And what about the monkey,

And the fountain that emerged

From the side of the hill.

Where the flight of the pigeon.

Where fresh and pure air,

Where the cheerful indigenous looms.