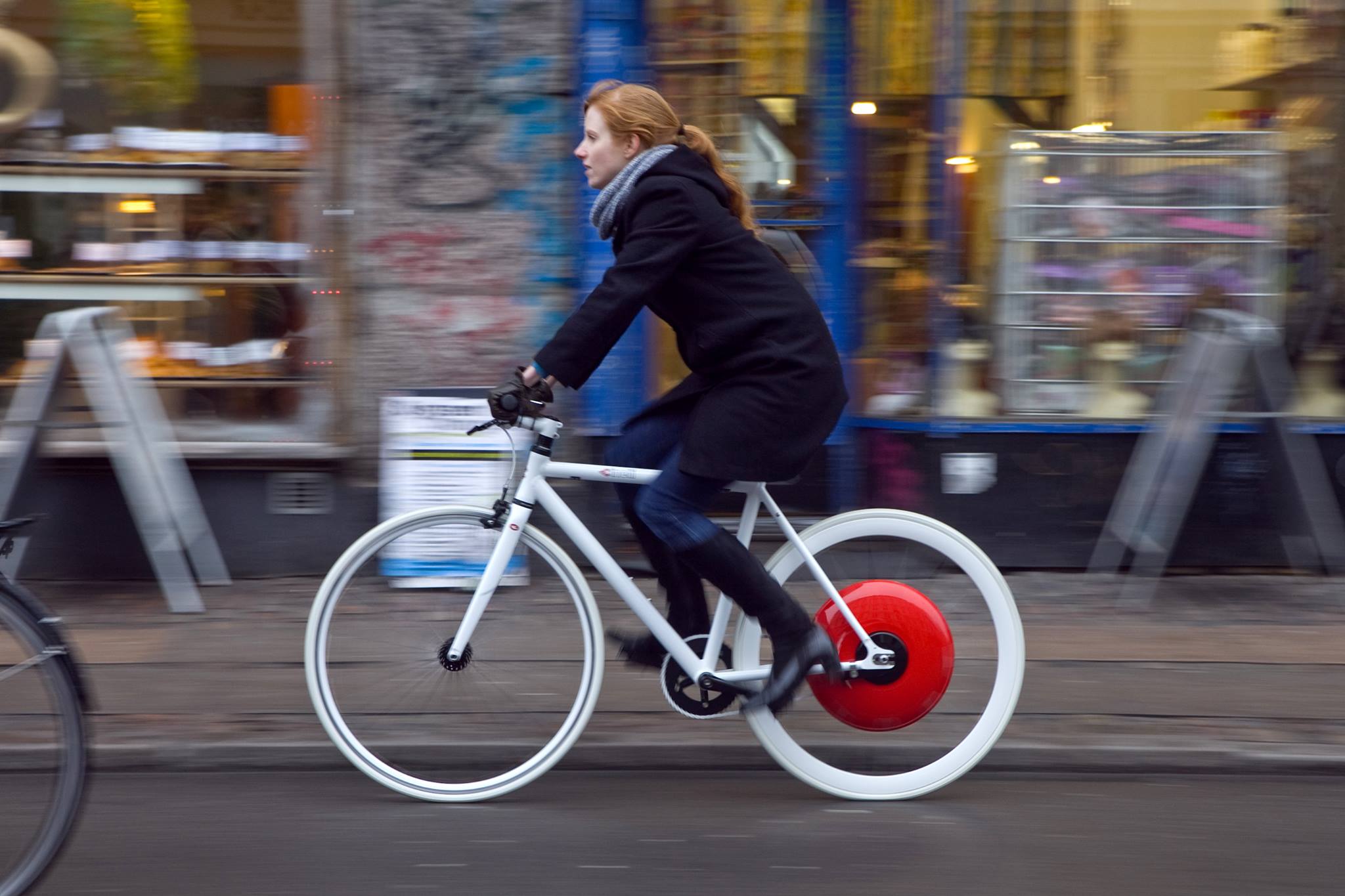 An amazing invention has arrived to revolutionize mobility in the city. Starting in the city… but allowing you to move towards anywhere. It’s done. With this we became independent from Big Oil (The “Big Brother”, model Oil 2.0 that has been controlling the political puppet around the world).

When one goes on a bike ride; or better, when one uses the bicycle every day, to come and go from work, university, the supermarket, a friend’s house, the lake, or wherever (the road), there are three factors that can complicate our journey:

1) Rain (although for some this doesn’t represent a problem, but a unique, great, non-transferrable, personal moment, of symbiosis with the climatic process that surrounds us), 2) the up-hills and 3) the long distances.

A month ago, in Denmark, “The Copenhagen Wheel” was launched to the world, this Wheel is a device – invented by students from the MIT –which is attached to the back wheel to impulse us in the ascents or to rest a little bit when we pedal during long journeys. The Copenhagen wheel has a battery inside that charges itself with the same pedaling that one does. It’s a new revolution on wheels, a way of moving ourselves with pride, with technology applied to the needs of the human being. See how it works:

Of course, the idea and the product are new, ergo; it’s difficult to introduce it in the market right away. Currently, it costs around 700 dollars. Independently that we can wait for costs to go down in the future (as more people will produce them and more people will want to buy it, for it to stop being a novel product, to become a common product, until moving sustainably becomes so usual as drinking mate), the Copenhaguen wheel is still cheaper than buying a car.

On the other hand, last Tuesday, in Ushuaia (Tierra del Fuego), the construction of the first self-sustainable house in Latin America began, with solar and wind energy to obtain electricity and to maintain a stable temperature during the whole year. Besides, this house will recycle its own residues. 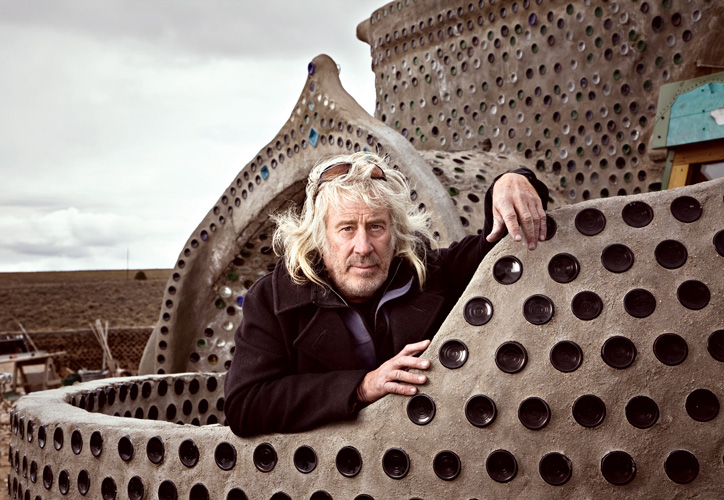 The idea comes from the visionary and revolutionary US architect Michael Reynolds, a genius who I mentioned several times in ploff.net for his personal work: the Earthships, which became known in the world through his documentary film: GARBAGE WARRIOR, which was premiered in the first environmental film festival in Argentina, the Green Film Fest. Here you can watch the documentary.

According to an article from Minutouno.com, “the housing, designed by Reynolds, is a “model of simple survival” and it consists in two cylindrical constructions occupying 50 square meters, manufactured using around 300 tires, 3.000 tins, 5.000 plastic bottles and 3.000 glass ones, among other recycled materials”. The project carries the name of “Tol-haru, the Earthship of the End of the World”, and it’s designed by the NGO Naturaleza Aplicada a la Tecnología (Nature applied to Technology, NAT), under Reynolds’ supervision.

The manufacture of plastic products starts with the oil extraction from the Earth’s crust and its subsequent distillation in order to obtain plastic. If we thought about a production cycle using recycled plastics, basically we could try to close the cycle, as we take advantage of the plastics which are thrown away and reinsert them in the production of new products. 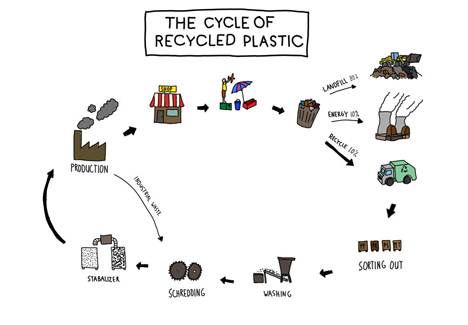 Last november, Dave Hakkens, a Dutch student with a degree in Design in the University of Eindhoven, worried a lot about this cycle, as he realized that, when the time comes to use recycled plastics in the manufacture of new products, businesses have an unwilling attitude. Dave visited lots of factories, where they told him that the “efficiency” of these plastics doesn’t reach the quality standards that their products require. And Dave got indignant, but positively. 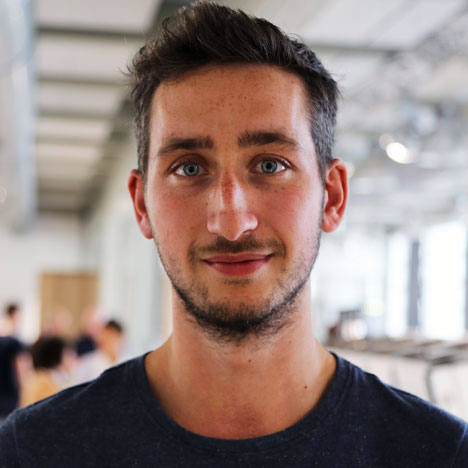 Before this situation, Dave designed an artistic studio of recycled plastic products that can be replicated in any place in the world as he decided to publish the patents of his studio for free on the internet, in order for his idea to expand all around the world and to accomplish the recycling of plastics locally. 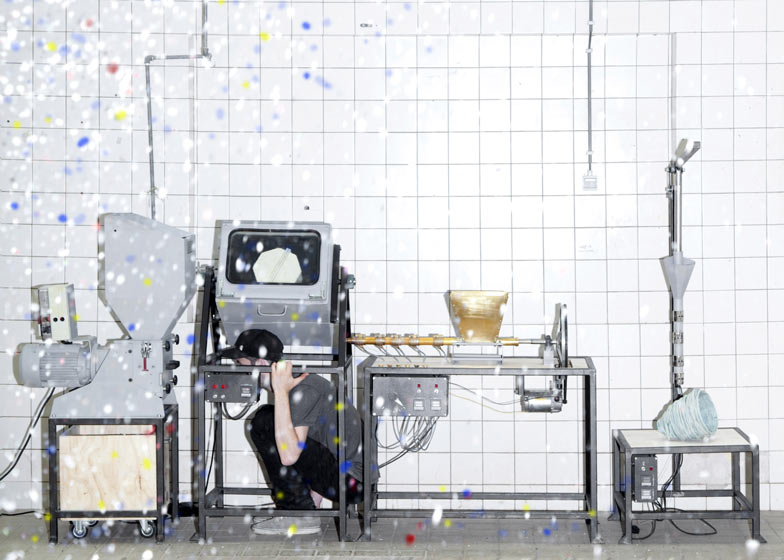 Below, there is a brief video where Dave explains and shows his idea. I can imagine municipalities of different provinces of our country investing some money in this idea, to generate new jobs in neighboring workshops. Re-constructing society implies looking for new ways of getting over the old, of modifying it, retouching it, and creating our future.

The other day, when I got back from my job, Mica, the girl who attends the kiosk, was separating tinned beer caps from the trash… I look at her and say: What are you doing?

Oh, look at that… (I thought…, wandered, about the never ending ways that we have to re-think ourselves)

A new society? It’s not that hard if we invent it, if we feel part of the change that’s coming. If we ARE the change, the difficulties end up dissipating like a simple dawn’s mist.

All of the pictures have been extracted from Google.