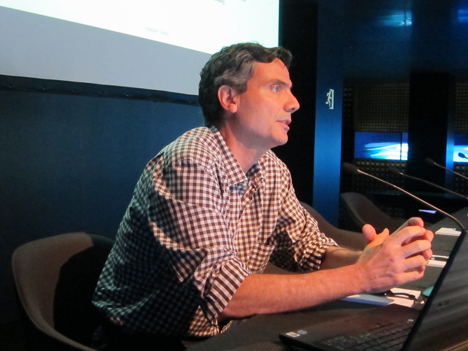 “This leaves only two major questions involved in human evolution. The first is how much self-destruction is required before we change our view of the world. The second is whether we will be able to conceptualize a better way – one which does not center on domination” – S. J. Goerner (1999) 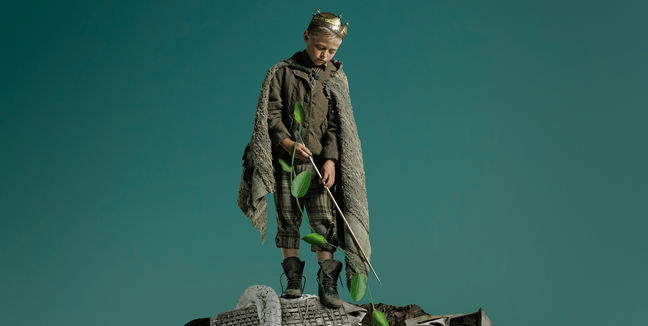 Last Friday 21st of February, Santa Rosa’s municipality organized a conference together with the UNLPam, named “Future City” where there was a deep approach towards making life in the city more sustainable. The Dr. Gerardo Wadel was in charge of the conference, Formation Director in the Green Building Council in Spain, Architect, an argentine, citizen of the world, working in Spain, speaking everywhere…

He began his conference telling something someone had said to him… that, in the end, all of this sustainability thing is something we already knew, but that we forgot somewhere down the road. We only have to recover that wisdom anesthetized by our excessive consumption.

I attended with some friends from university, but people were very diverse. People who were hungry for information. NGO’s representatives, municipal employees, university and primary school teachers, people from the press, interested people who travelled several kilometers all the way down from their town in GUatraché, conscious of the degradation that their land suffers. And we listened…attentively. I will try to narrate a little bit of his vision (dividing this newsletter, these words, between this and 2 more other ones for next Sunday and the one after that).

The first thing he highlighted was the need to accomplish “social maturity”. A social mental state that we must accomplish, where – with a mature environmental awareness in our belief system – the protection of Nature is something obvious, part of the culture, an evident social responsibility. Where the person who throws a paper on the street is seen socially, and correctly, as stupid.

The 20th century was characterized by the presence of productive systems of every kind, but all of them with something in common: their action is expressed in “open material cycles”, this means, systems – giant social systems, societies acting as a living organism- that extract resources from the earth, from the lithosphere, transform it into everything, food, products, blah, and in the meantime we throw all kinds of emissions into the atmosphere and effluents of all colors into the hydrosphere, that sooner or later are absorbed by the biosphere as contaminants that alter all of our living.

But the 21st century is characterized, or should be characterized for the transformation of all of those cycles into “closed material cycles” where the energy resources are taken from a single source, the Sun, whether it’s directly, through photovoltaic solar energy, or indirectly, through wind or tidal power, all of the natural processes which are there…radiation, the wind, the big masses of water, all of them with dancing energy offering itself to be used for a while.

In the closed material cycles, there is also an extraction of natural resources… but, there’s a difference in how the whole issue is managed. The productive processes tend to improve their energy efficiency, drastically reducing the amount of generated waste, and assuring a final disposition of this waste, whether it is by means of an adequate treatment, the possibility of recycling certain materials, or even to reuse them. Not simply producing to sell and throwing and buying again.

In order to know where to close those open cycles, to transform them into closed ones, we have to study the EVIRONMENTAL IMPACTS; this is to say, all of the effects that we cause on the natural environment as a consequence of our activities, whether these are individual activities or activities performed by the social group as a Whole.

In order to be able to study our environmental impacts, we have to 1) get to know the impacts, define them, explain them, recognize them so then we can 2) measure them, searching for a variable that is measurable and representative of the studied impact. Finally, 3) we have to monitor those impacts. To do this, studies must be carried out, with regular samplings that allow us to keep track of the environmental remediation that we are carrying out.

The philosophy of this process, as Wadel rightly said, is “to follow the resource”. To follow it from the beginning of the production chain (extraction) until the end (reusing, recycling or final disposition). And the actions that we take after studying the same path that our resources do, will be destined to reduce the impacts in:

A way of measuring and, ergo, quantifying (and later comparing, drawing conclusions), the environmental impact is through the Ecological Footprint. Currently carried out by the “Global Footprint Network“. This measure transforms all of the resources that we need to carry out our lives “into earth hectares”. It is a measurement of the surface that is needed to generate these resources. And it takes lots of things into account…the clothes you wear, the food you eat, the transport you use, the waste you generate and lots of other things.

What’s alarming, is that the calculated biocapacity of the planet is 1,8 global ha. per person, but already in 2005, human beings needed to cover a biocapacity, in average, of 2,7 ha. And I say “in average” because, as we already know, someone from the United States does not have the same ecological footprint than a Haitian does… If you want to calculate your ecological footprint, you can click here and check it out.

According to the Global Footprint Network, Argentina is living with 1,7 times the biocapacity of Planet Earth. While it is true that the United Stated is living at the expense of four planets…we should reduce that number to 1. And even much more Utopian but imaginable, would be to be able to live with less than what we think we need, be more frugal, then everything would be easier… 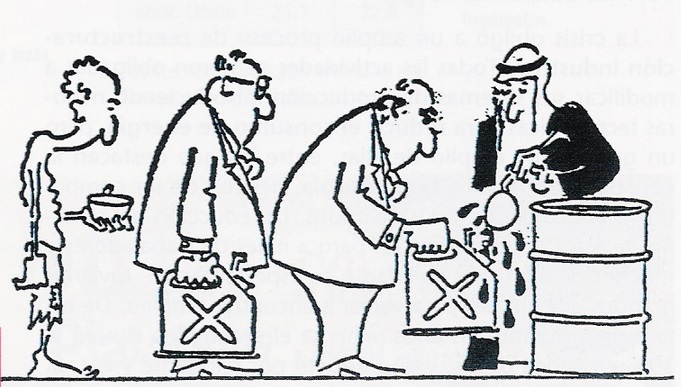 The scariest part is what will happen if the countries that use “only one planet” to fulfill their needs (something that we should expect from everyone) would suddenly want to get credit cards from some bank, go out shopping and start to consume in excess as the countries with the greatest ecological footprint do…what will happen if a Chinese, Arq. Wadel said as an example, now that he has more purchasing power wants to stop eating rice and start eating meat. Meat and the soy that the cattle eat are produced in Argentina; in exchange of some money we are willing to mortgage the quality of our land for future generations.

/// To be continued next week.