BA 151 – Causalities, which are always welcomed. 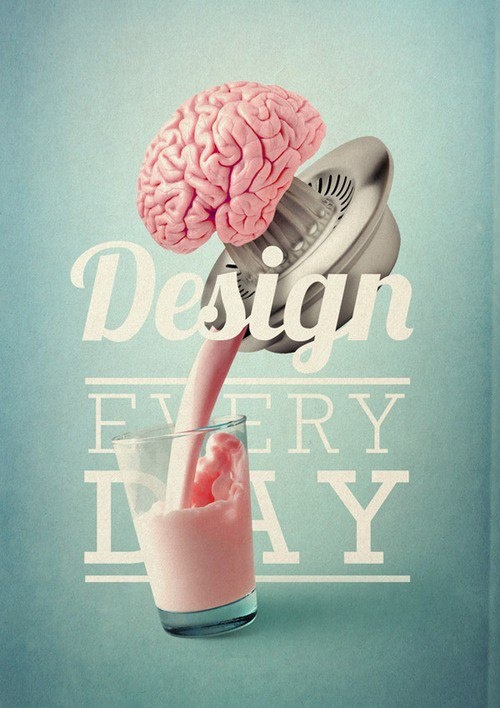 Coincidences, that never are too many.

Every problem emerges from a reflection of the human lucubration of the human mind. The natural movement is always exchange of energy. Always cinematic between polarities (and that is no problem). To turn to NATURAL INSTANTS to suppress the internal dialog, to silence the monologue of the hurt ego, is correct. Learn how to be quiet, to serenate, to activate, to move, to go further, leave behind, climb, innovate.

The great majority of the world population seems not to care about anything. Is it worth, then, to take a risk? The journey is difficult to enjoy when it wasn’t a choice, but a responsibility. And a responsibility is non-transferable when we know that it’s social and it threatens moral.

Sometimes things happen to us that seem on purpose, things that turn out just the way we hoped them to or felt they would…moments in which our intuition and all of our lost senses come back to our body and we know, for sure, that what we are deciding to do, is right, the best, the fullest version of ourselves.

And there are moments and moments. Sometimes it happens to me that I’m angry, anxious, sad, merciless, rebellious, unable to sleep, obstructed by all what happens… I get bitter thinking in the great amount of people that simply seem not to care about the degradation of nature, that is nothing less than the – physical and spiritual – degradation of life.

It’s in those moments where a coincidence, a moment of personal intuition, of absolute synchronicity, comes to calm down our minds. And something like that happened to me that quite relaxed me … Recently I had to write a few words to some eager students of Engineering of the Natural Resources and Natural Environment in the UNLPam about Anthony Giddens, a sociologist that usually appears in some of these newsletters and mental conversations between you and each quoted author. But between search and search, I never could find a quote in particular that stuck into my mind like an avalanche of conscience and urge of shouting. 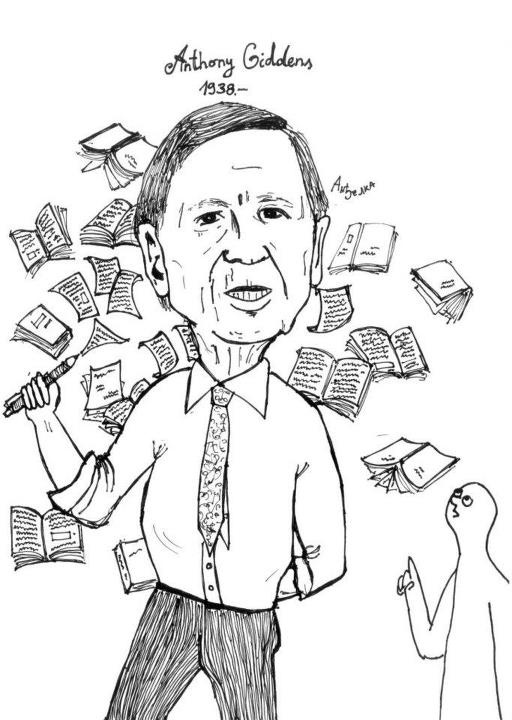 It turns out that Anthony Giddens is alive… he was born in London, England, in 1938, he’s 76 years old. But let’s not be judgmental, the fact that he’s English says nothing about his person… His thinking reached the whole world, being from a middle-low class family where he was the first one to assist university. He’s one of the most important sociologists of our time. He’s known for having a holistic look of modern societies. That holistic look is a position that postulates that systems (physical, biological, social, economic, mental, linguistic, etc.) and their properties have to be analyzed as a WHOLE, and not as separate parts. A look of society that is certainly more considerate with Nature.

In an interview made on last November, Giddens said that “Internet supposes a mayor secular transformation in the last hundred years, and we have no idea of the reach the change will have. We are in unknown territory in lots of areas. The financial crisis hasn’t been like the one in the thirties, it has been much more global. The risks and opportunities combine in a much more problematic way than in any previous civilization. Every country fights to redefine their identity.” 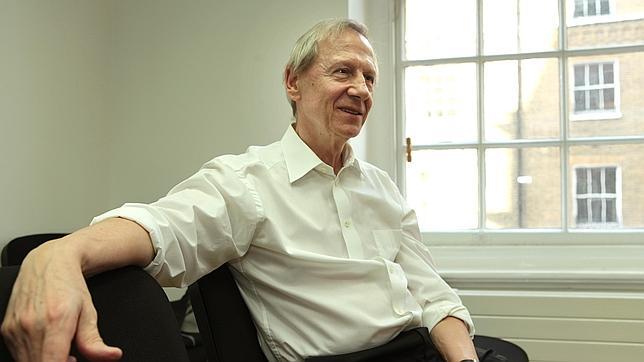 And nowadays lots of human beings are in this search of a new identity as a species, students, workers, professionals, kids, lawyers, accountants, public employees, teachers, taxi drivers, cleaners, mailmen, mechanics… Inside the WHOLE SPECTRUM of social actors that society presents, here and there, exist people who start to ask themselves what is their role in society, how can they help. 23 years ago Giddens was already warning that “acquiring control over change, regarding our life style, demands a compromise with the exterior social world, instead of retiring from it”.

We can’t remain exempt of the problems that our planet suffers, we can’t feel dissociated of the species that become extinct year over year in our world, leaving a more monotonous, grey biodiversity…

To assume a compromise with the social reality means to assume the fact that we will have to dedicate some of our time, change some of our habits, and think collectively, looking for ways to continue using the natural resources of our planet, but generating new synergies with the ecosystems in which we are settled and which we live from. 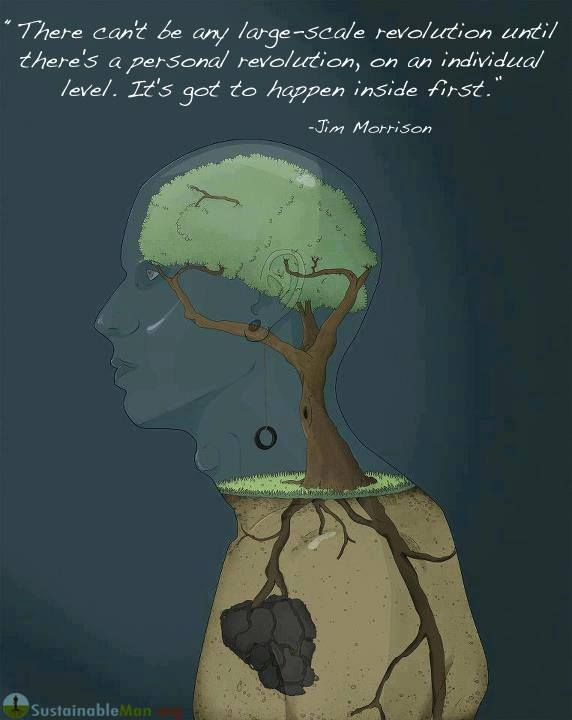 The matter – where I was trying to get to with all of this – is that in a market of used books I once found a guy that had an Anthology of Essays from Giddens, titled SOCIOLOGY.

“That one costs 600 pesos… you won’t find it anywhere else” he said, “I sell it to you, close, and take some vacations…”

Both of us smiled and I left…But when I entered one of those Sociology and Anthropology classes with those students, I found the SAME book I had seen in the market on a table. I grab it, take a look at it, and I find myself – under the title: “The Role of the Sociologist”– with this quote which I had once heard and that  only resonated in my memory as a reminder, every day.

“Should sociologists defend in an active way and make public actions in favor of practical problems of social reforms or changes?” 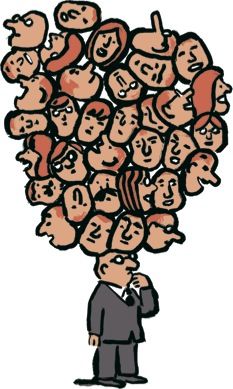 Who does Giddens call the attention to? To every professional sociologist, of course… But, could it be that we become, a little bit, sociologists each time that, internally, we propose ourselves to think about life in society?… His words continue…

“Some people defend that sociology can preserve its objectivity only if the people who practice it are carefully neutral in moral and political controversies, but there’s no reason to think that the scholars that stay outside of the debates about the actual days are necessarily more impartial than others in their exam about sociologic matters.”

There is an unavoidable link between the study of sociology and the demands of the social conscience. No one who has sociological knowledge can be unaware of the inequalities that exist in the world today, the lack of social justice in many social situations or the privations that millions of people suffer.

It would be strange for a sociologist not to take a stand about practical matters, and it would be as illogical as unpractical to try and forbid them to turn to their sociologic knowledge when they do so.” 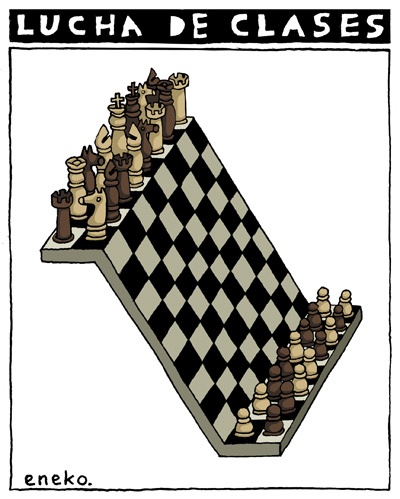 When anyone of us opens his eyes and sees the world as it is, with all its nature and human impunity, there’s no other choice but to try to do something to improve our stay in this planet, because it’s already difficult to erase what one knows, and pretend that nothing happened here…

That’s why, now, when I get mad… I try not to think about the great amount of people that don’t care at all about what’s really behind the curtain off their routines, but, on the contrary, I think about those people that do have visions of a better world. People that recognize coincidence, intuition and synchronicity as important ingredients for the awaken citizen, everyday tools for the daily decision making. In order to be one step closer, as we said a few weeks ago, towards a feeling of belonging in the sketching of a better world…

Guido Rovatti, professor of those sociology classes, quoted some words said by Giddens a few years ago: “You cannot always suppose that those who are in power will think about the interests of the least powerful or privileged ones when they elaborate their politics. Self-informed groups can respond in an effective way to the politics that the government’s employees or other authorities carry out, and, therefore, can take their own political initiatives.” Just like that RENOVAR was created, a group of students from de Faculty of Exact and Natural  Sciences from the UNLPam, that emerges spontaneously from talks between students that thought they were alone in the task of improving their way through  university life. Talking, sharing experiences, and working collectively, we can renew our way of living.

According to Prof. Rovatti, Argentine Sociologist, “Maybe we aren’t searching for the path and that is the problem. In the measure in which one doesn’t feel himself looking for a path, obviously he won’t feel lost because, why would I feel lost if I don’t even know where I want to get to?” 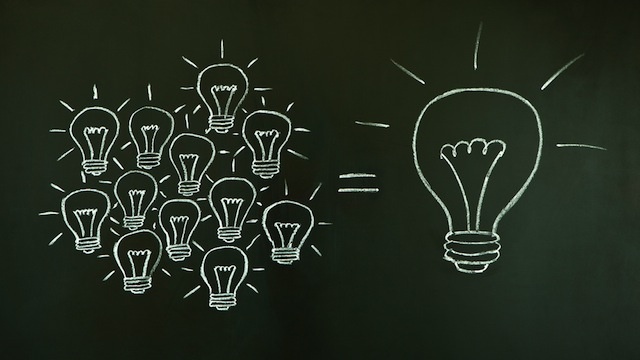 “Increasingly less people are thinking about how to improve their city, much less how to improve their province, and even less in how to work to achieve a better country, and let’s not even mention a better continent or world. And in some way our ideological justification for this is that “if everyone made their own thing, small, each one contributes their infinitesimal sand grain”. But with an infinitesimal sand grain we don’t change the enormous damage that has been occurring at a massive scale.”

“Gramsci’s conception says that crisis is the moment where the old isn’t dead yet, and the new still isn’t born. Therefore, that author that thought so much about the ideological hegemonic block of how to use a transforming scheme said that the conception is to INTEGRATE those who have been considering modifications in key propositions for the construction of the sense about the own reality. But in order to propose the change, we should be able to feel owners of change. And alienation… a same way of reality production in an alienated way that leads us to believe that what we produce is not ours, what we produce doesn’t depend on us.”

Antonio Gramsci, quoted buy Guido Rovatti in his personal comments in the interview carried out with him for the first episode of Ploff TV, soon to be released on Youtube!