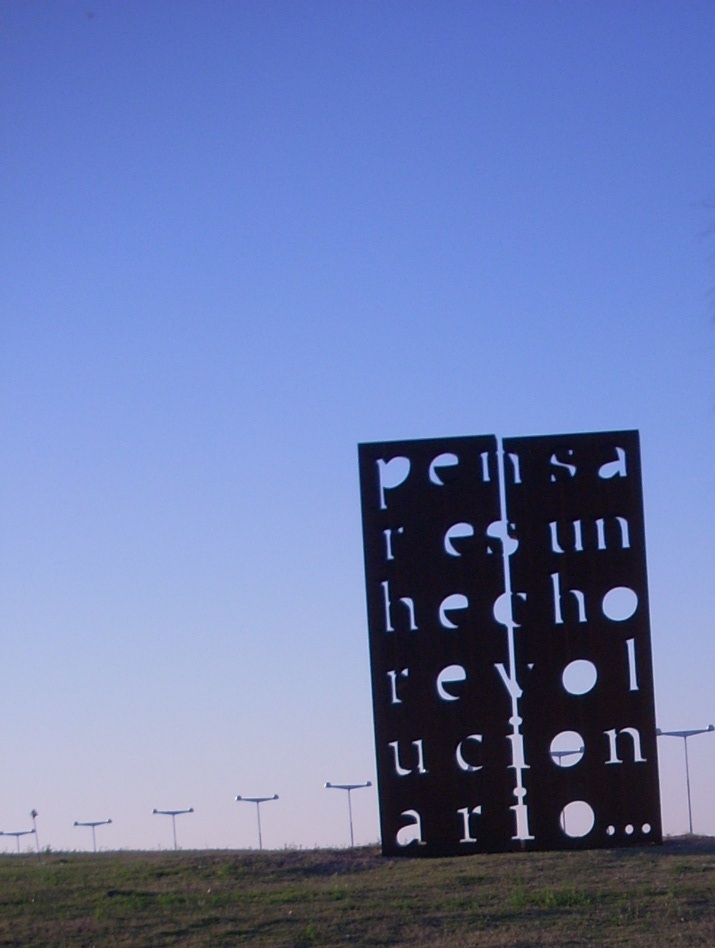 Starting up a new week, as always, with new things to think about.

A few days ago, a good friend of mine, Andrew, attended one of Santiago Bilinkis’ conferences (a sort of good vibe businessman and entrepreneur), in which he spoke about the future of the future. Although the video of the conference is in Spanish, he is now working in his engligh website.

The conference explains how the human technology, in general, has always grown in a linear fashion, while computers and advances in communications grown in an exponential way. This particular growth is due to the fact that computers work with information, surpassing the human capacity to store and process information. And that is when the situation escapes – escaped – our understanding. When technology surpasses the human capacity to process information, we begin to “delegate” things we made before to the technological world. Bilinkis asks then, what is intelligence? – as everything we considered intelligent to do, is already done rapidly by computers (play chess, make structural calculations, predict climate change, land an airplane, etc.)

At the same time, he makes a parallelism between the advances in computers and the advances in the man itself (his physical and mental aptitudes, the genetic variability, beliefs, etc.) and concludes that the man itself is the oldest technology, as he did not have many changes in the last 5000 years as a living being. This is why, I believe, the ancient cosmovisions, which establish a direct bond with nature, the wisdom of the old oriental philosophy, and every deep esoteric thought were present all along those 5000 years, with the difference that we are now distracted from everything truly frugal in life. Just because the power of communications has escaped us; the social networks, cell phones, everything us super installed among us, and we think its purpose is to know what John Doe is going to do on the weekend.

This leads me to the concept of “Appropriate Technology” which we need to take into account in the design of a new system to live in:

“Appropriate Technology is one that contributes to an integrated and balanced development, meets basic needs and contributes to improving the living conditions of the layer of the population with fewer resources. It is environmentally healthy. It is suitable for decentralized implementation. It allows control and ownership by the user. It’s simple. It takes advantage of raw materials and skills locally available. It takes advantage of renewable natural resources. It gives priority to labor over capital. It is suitable for small-scale production. It protects and enhances ecological cycles. It favors the formation of integrated groups of technology. It allows the integration of local techniques, as well as global or foreign techniques, and the integration of local with national worldview.” – Hacia una Tecnología Social y Verdaderamente Apropiada, Ricardo Seghezzo, CETAAR, Buenos Aires, 1986.  (my own translation)

In order to diversify this newsletter a little bit, I give you 2 videos and an article.

My girlfriend, Sol (Sun), found this interesting article on a new wind energy design. It is a new technology with no blades, which allows more density among generators in one same land patch. As it works with elastic potential energy, the energy loss by friction is reduced. The foundations of these generators are made of concrete and have a conchoidal shape, allowing green patches of land to remain between generations and rainwater to drain to these sectors, making the whole installation like a green park, check it out!

She also found a very emotive video where you can watch a whale jump for joy after being freed from a net at open sea. Truly amazing.

Last, but not least, a beautiful video from George Carlin – We are part of Nature – where he puts the human in place within all the madness that is going around us. The video has his voice in off, while several flocks of birds intertwine forming three dimensional shapes in the air in an harmonious manner. Simply incredible.