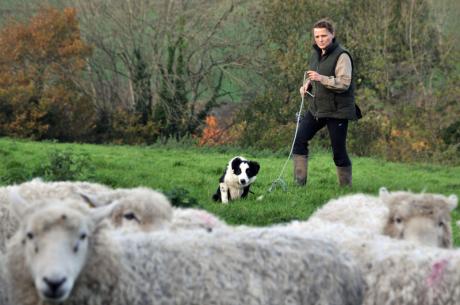 Farms of the Future; Us.

A good friend of mine shared with me the following documentary on how a farmer from the new generation manages to adapt her farm regarding what the future would bring.

Rebecca Hosking and her family own a traditional livestock farm. They are small time farmers, which imply not much money to neither accumulate nor invest and a lot of hard work to the point that it is almost drudgery, usually carried out by family members. Consequently, small time farmers cannot adapt quickly to the shifting fluctuations of the market (being these ones usually created by simple financial speculation taken forward by the big agricultural business).

A small producer does not have the cash to change his entire productive system from one season to another one, only because it is believed that the price of the soy will go up… But as that belief exists, prices indeed go up, demand is created and imposed by publicity, and the small producer is left offside.

She was the first of a long lineage in being incentivized to leave the farm, migrate towards other opportunities, study, get a job, and find a better living… Rebecca ended up filming documentaries on flora and fauna for the BBC of London. When she returned to her farm, she was shocked when she realized that the place where she grew up could not resist the oil drop and the measurements required to change the system.

The documentary is brief, humble, very explanatory and with excellent images (when it shows the consequences of plowing the soil, or when she talks about the life present among the dead leaves, the images are great!). Besides, it touches several issues, like how permacultural design and biodiversity can replace fertilizers and agrochemicals –derived from oil– by the mere action of their ecosystemic functions, making nutrients flow through the entire ecosystem naturally.

On a small scale, it is still important to put special emphasis on the importance of being able to have our own gardens, managing to consume locally and reducing the use of fossil fuels implied in the transportation of our food. Here you’ve got a basic course –regretfully only in spanish– on how to create your own garden: