BA 129 – Trying to understand money in an election day.- 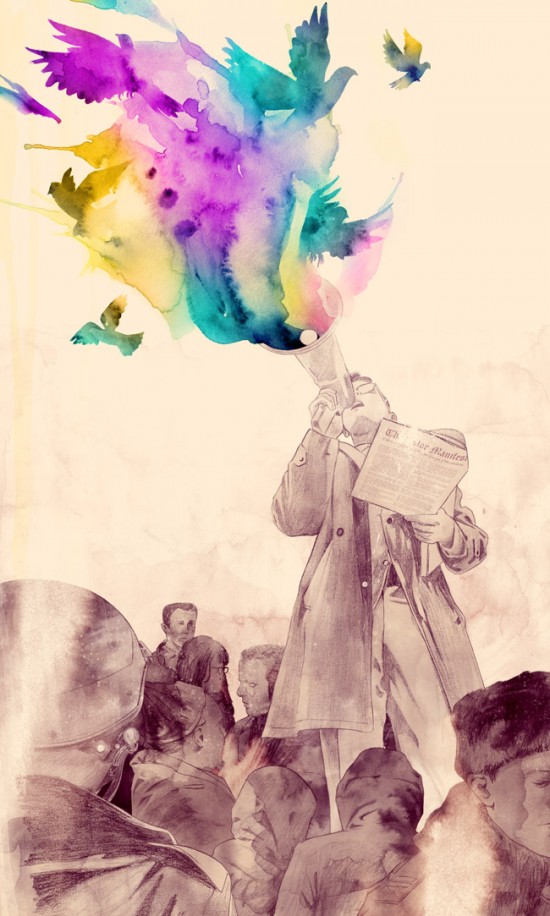 Trying to understand money in an election day.

Sequence of the week:

Thursday: A political candidate, runs with no worries at all, and stops to order a pizza at my job. With a sovereign, egocentric look, he says to me: “KID… How is the game going?” / “The truth is I don`t have a clue –I hurry to answer him­-, regarding how things are, football is the least of my worries…”

I ended up leaving the class, and riding my 8km on bike to work.

Saturday: I chew, think, ride, seek, find. The words of our economy professor, Héctor Lorda, were stuck in my mind during all the night: “No economist can foresee what you will do with your money.”

Sunday: democratic Election Day, and everybody goes nuts. A few are presented to us, the usual suspects, as options for us to vote. They invested a huge amount of money to be there, thanks to millionaire political campaigns, which manage us to see them everywhere we look.

But why this lunacy for achieving Power? Are they really patriots wanting to represent us? Does anyone include Nature as the central axis of human existence? A simplistic look over the cycle of money allows us to understand all of this a little bit more.

The State has the responsibility to regulate everything which is explained onwards.

People work, companies produce. People earn, a salary is paid to them, and the companies get to sell their products, hence, people go out and spend. 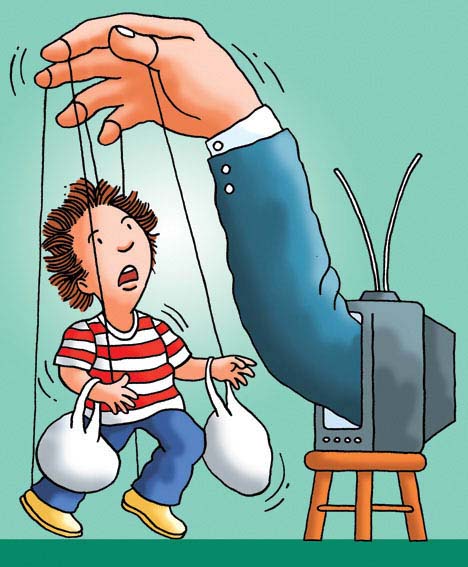 Let`s suppose the market produces 100 (let us forget for a moment if we are talking about pesos, euros, dollars, whatever, just for the sake of argument). We have 100 IN VALUE for us (because the VALUE of things is, always, given by us), in merchandise, products, services, goods, everything for a value of 100. Notes are printed for a value of 100, the State distributes, the companies pay, and 100 are inserted to the system and 100 are consumed. The cycle is closed.

If it is believed that the economy will grow, increasing production, next year will produce more than this one, for a total value of, let`s say, 105. Then, the State regulates again, more notes are printed in order to have 105 in circulation, and the market remains happy.

Now, what about if, instead of going out and consuming everything, people would start to save the half of the money they earn? Saving it beneath the couch; saving it for some project, for education, to invest for a better future… the cycle would be altered, because there would be 100 in value available for us to purchase, but only 50 in circulation. And that does not make the system happy.

<< “No economist can foresee what you will do with your money” >>

And so the theatre begins… Because the system need us to go out to buy things in order to keep him alive. And to achieve this, we have to be given the sensation that saving our money is not a good idea, we have to spend it; because in a near future, the money we saved could not be worth the same as before… but, why does the money we save loose value as time goes by? 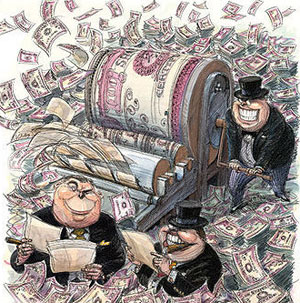 It is plain simple: what if production is believed to increase from 100 to 105 and someone prints notes for 150, and then puts them in circulation? The state distributes again, the companies pay again, and people go out shopping to put those 150 in circulation. But we were going to have 105 only to sell!

What is happening, mathematically speaking, is that 105, divided 150, is 0,70, which means a 70% decrease, in value, regarding last year, or a descent in 30% of the value –IN MONEY- of the stuff we have to sell. Then, merchants, producers, businessmen, will seek TO INCREASE THE PRICE OF WHAT IS OFFERED FOR SALE in order to sell for 150, instead of 105. And the frenetic climbing towards INFLATION is produced, which is nothing more than a cultural illusion.

And so, the supposed value of thing goes up, and the supposed value of money goes down, and a vicious circle is generated where people think that their money will decrease in value in the future, hence, they do not save it, but go out and spend it. Then, more bills are printed, and people go out to spend it because the prices keep on going up, and it is all a great big lie sustained by the blind trust we have towards the political and economic system which dominates us.

And let us not forget a little, yet fundamental, detail of this all. As we add value to things, and as prices go up, the “IVA” goes up as well. The “IVA” stands for “Impuesto al valor agregado”, which means “added value tax”, and it is charged to everything we buy and sell. 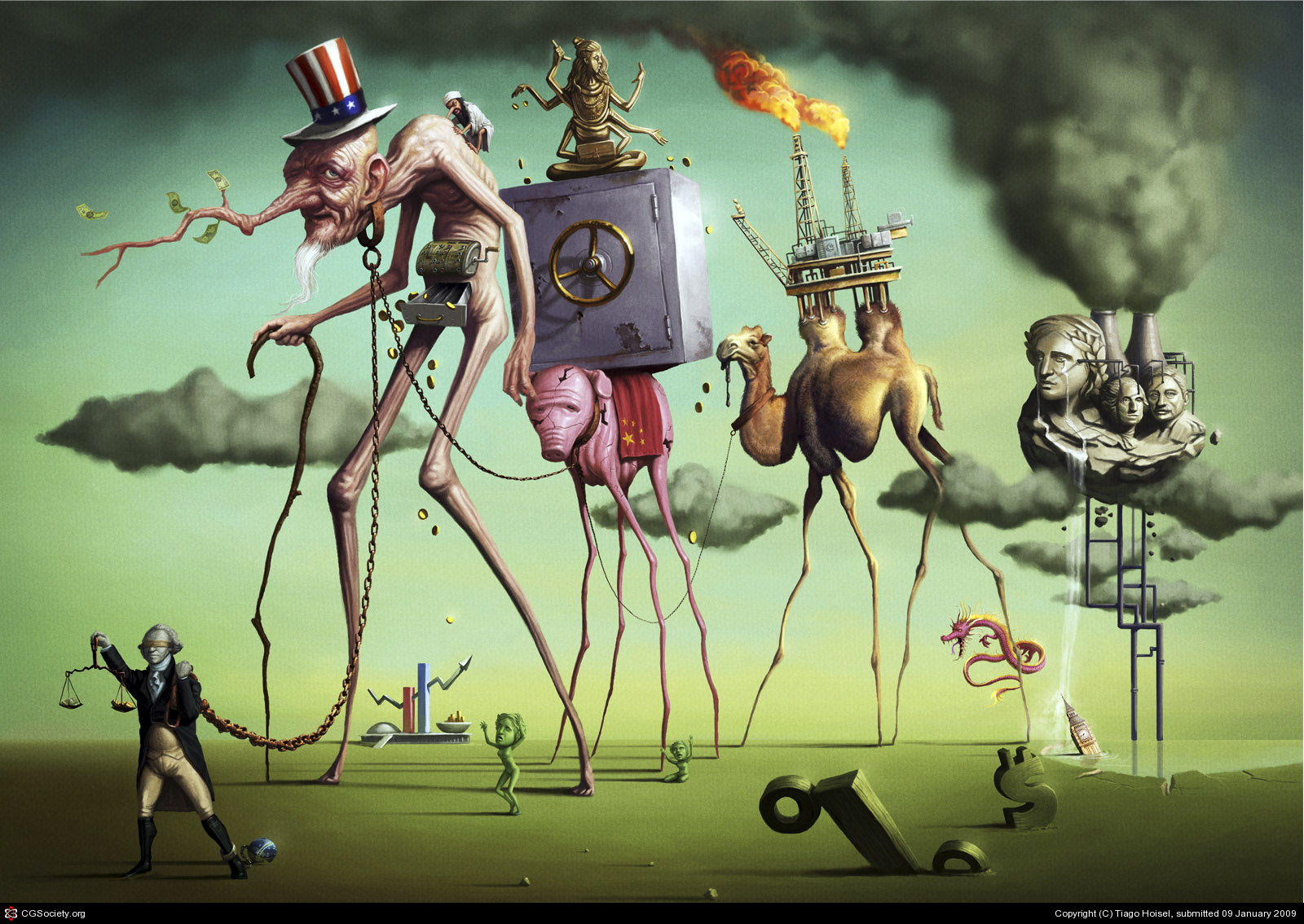 And I wonder, from the bottom of my being… Is the system really living at our cost, at the cost of our consumption and our belief that money will lose value?

My head gets full of questions: Is it really true that the race for political power is only a race for a greater accumulation of money? Is this way our representatives are spending so much money in political campaigns? And who has the power of printing the money in the first place? Whose interests are being protected?

And, of course, the problem is much more complex if we add to the analysis the importation and exportation of goods, where multinational companies’ interests come at play, the situation gains confusion and impertinence.

Finally, one more detail: the environmental services are not included anywhere, nor the irreparable damages we make to Mother Earth. What would happen if, from all this web of lies, we start giving true value (from culture, shifting our consumption) to natural resources and the ecosystems which contain them? 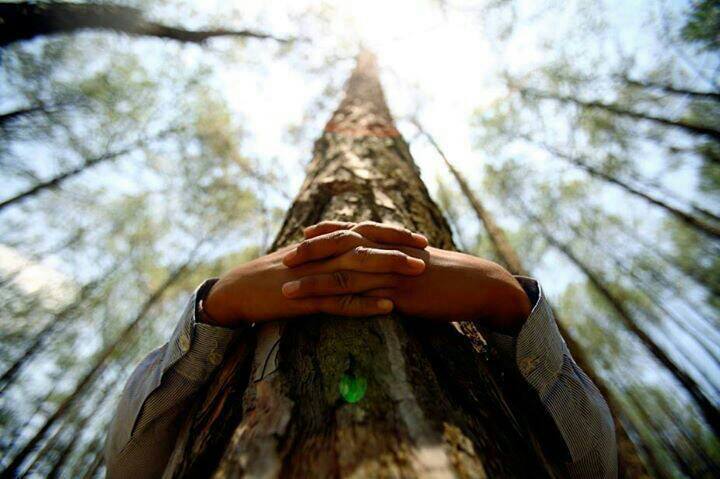 It will be until next week,

This newsletter has been written based on the lecture given by Economy Professor Héctor Lorda, on October 25th, who passionately explained to us how the money flows.