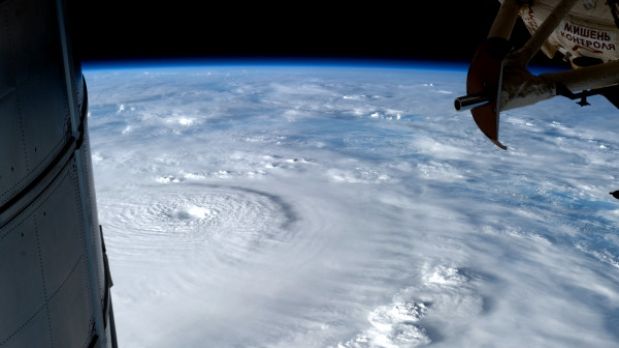 This week I complained a lot. I didn’t sleep well, mainly: very little… 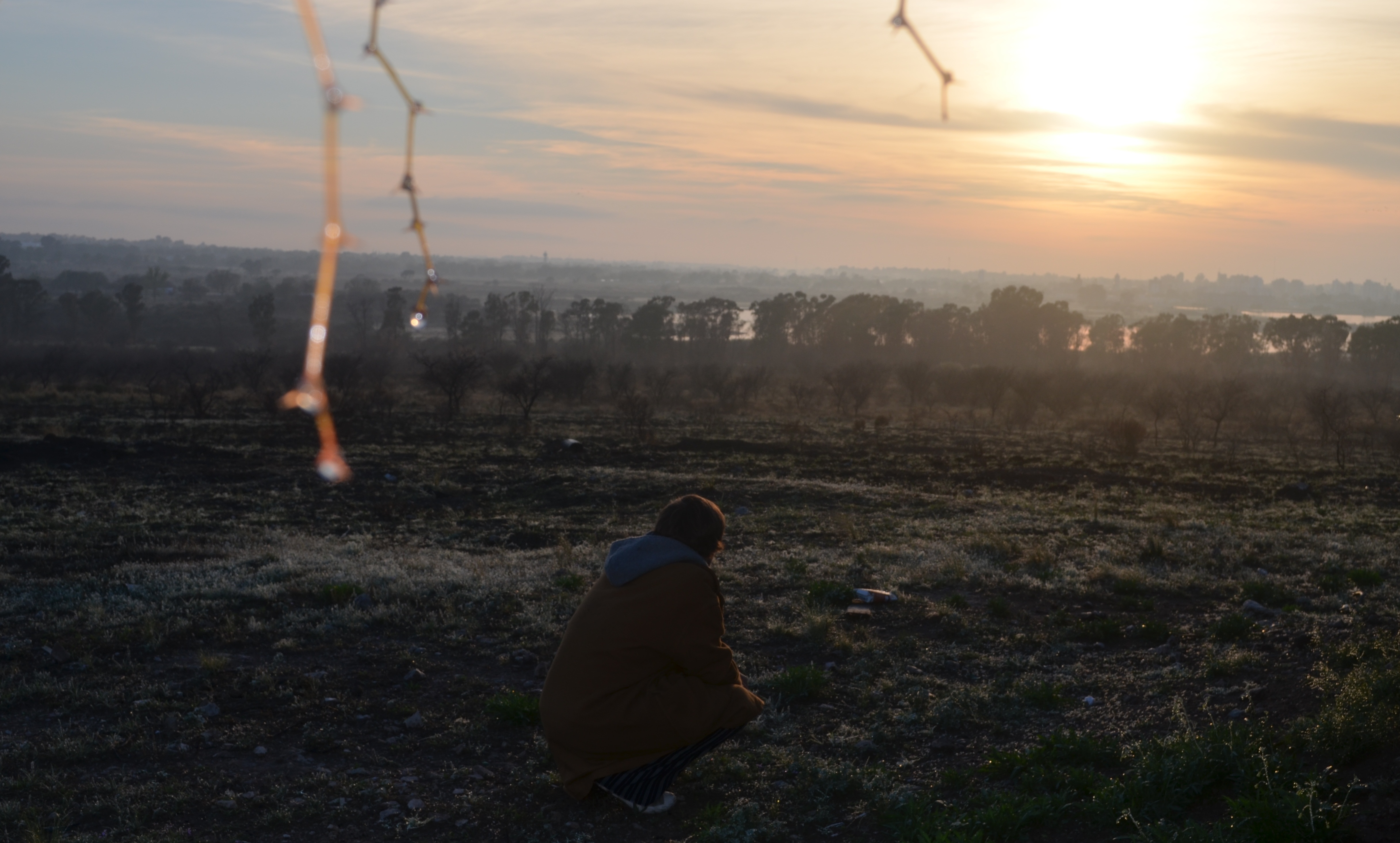 The last two weeks of university are a mined field of exams and deadlines for diverse essays. Team work is a totally proactive strategy, brainstorming becomes more useful every time, the division of tasks tries to be equitable… but stress manages to get into us. And we lose notion of those little variables: time and space.

I ran out of “yerba” for my “mate”, divine infusion, and thanks to this system, it’s as simple as going out and walking half a block up to the drugstore, where all the family members are involved in taking turns to keep it open at the disposal of people’s money.

I walk, and I think…

That there’s something wrong, something mistaken with this reality, Because, without noticing, we only care about our things, and how to carry them out. At times, we forget about what happens in the world …one isolates oneself –it is hard to avoid it– in all of our list of things to do. And that list does not include, at all, others, the ones who are on the other side of the world suffering the consequences of this system keeping us stupidly and unnecessarily comfortable, in an illusory comfort zone.

I kindly ask for the “yerba” –I pay for it- and from the very corner of my eye I see a giant ship posed on top of totally wrecked houses, debris, nothing… and bodies. 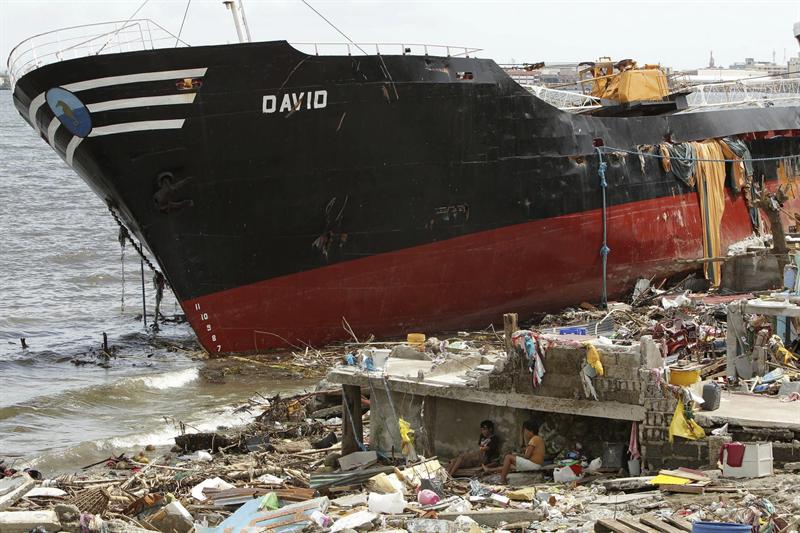 I take the newspaper, open it quickly and confirm the image as I read the title: “Philippines, in a state of calamity.  The passage of the typhoon left the country immersed in desolation and chaos” (I had to search it in images when I got home)

Goose bumps, as it always happens to me when I see, in an infinitesimal moment inside my mind,  an entire schizophrenic climatic event that devastates the entire structure of the human world materializing itself in my imaginary universe, leaving millions of hungry ones, with nothing, no house, no customs, no landscape, no family or friends. Nature took it all away in a sneeze, in a reflex reaction… 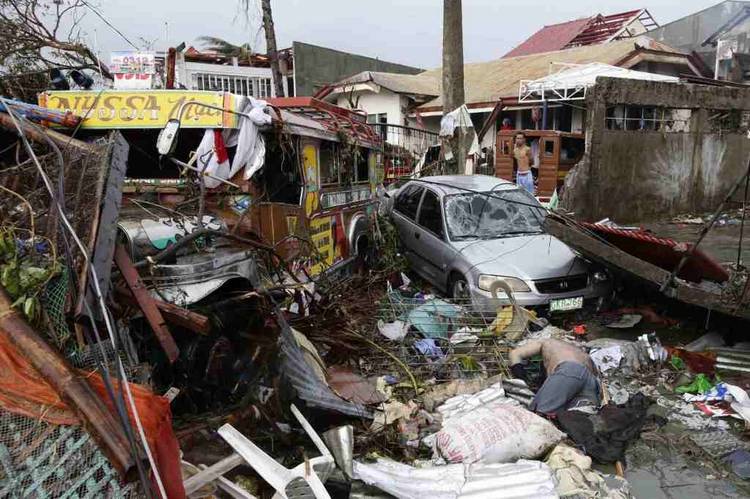 I buy the newspaper and I read: “Philippines delegate adressed the UN Climate Summit, in Warsaw, and asked in a tearfull speech “to accelerate the fight against global warming”, reported the DPA agency. “ Stop this madness”, said Yeb Sano, choking on his words while he talked about the consequences of the typhoon. “My country refuses to accept that we need 30 or 40 climate conferences to solve the climate change problem”, he assured.”

And that’s the way it is, we already talked sometime about the MASSIVE PEOPLE MIGRATIONS that occur after a disproportionate, demolishing climatic event. Our governments still don’t take the high probability of occurrence of these events seriously, and we don’t have a response plan of action for one of them. And, as Yeb Sano says, we cannot allow ourselves to lose more time on these matters because they need to be tackled NOW.

(In THIS LINK, you can share with the younger ones [from 6 to 16 years old] a video where the “Massive Migrations” are explained. Unfortunately, it is only available in spanish!)

And I think… what do I complain of? If one has a little while to contemplate nature, to simply think about nothing, it’s a luxury. The logic is simple, but deep. There is a great difference in these two parallel worlds: 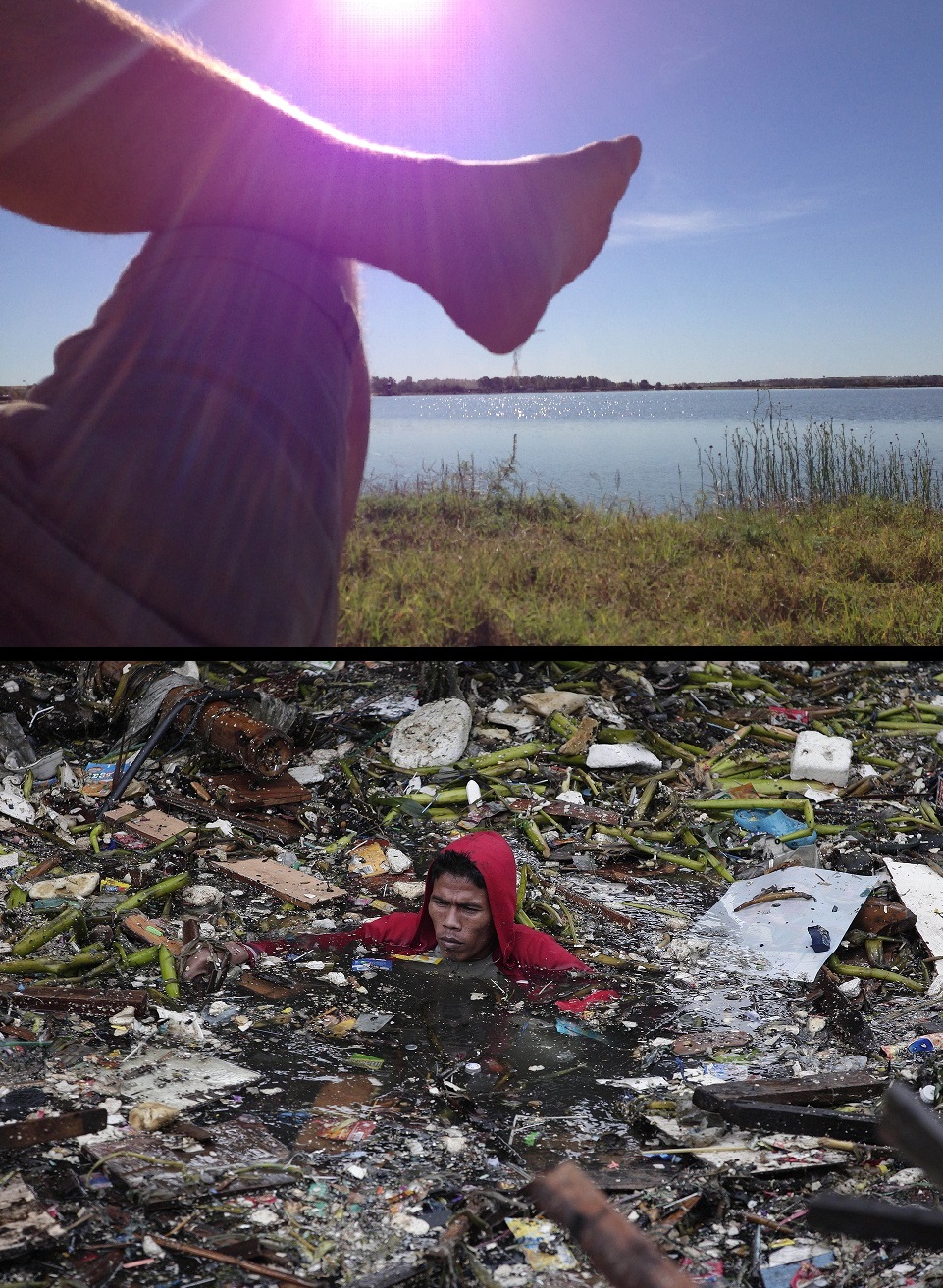 If this makes you feel something… then it is because, deep down, you also feel the need to act. The social responsibility of representing our species by protecting the natural environment above all, respecting its symptoms as consequences of our own actions, and doing something to revert it.

To summarize this feeling, this responsibility, mixed with a little anger and indignation, but full of proactive optimism, I invite you to invest a few minutes of your time and listen to what this actor, comedian and musician has to say. Underestimated by the media, an artist always finds the way to break cultural barriers. Listen to him!

Ploff. It is not environmentalism, it is changing the world.

Pictures extracted from Google, except for the first one, taken by Sabrina Tellini.

(*) extracted from the song “Cozumel”, of Gustavo Cerati.