BA 131 – The ocean is broken and another reason to activate 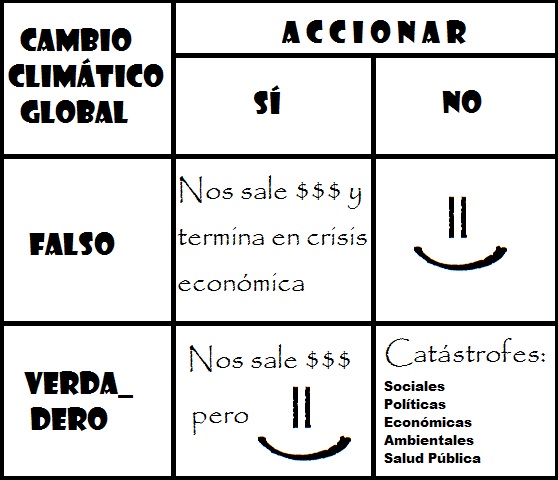 The Ocean is broken and one more reason to activate

Today I bring you a story, a voice, I bring you the experience of an english fisherman, Ivan Macfadyen, who when returning from his usual trip from Melbourne to Osaka through different oceans of the world, desolated, sat down, sighed, and said: the ocean is broken… 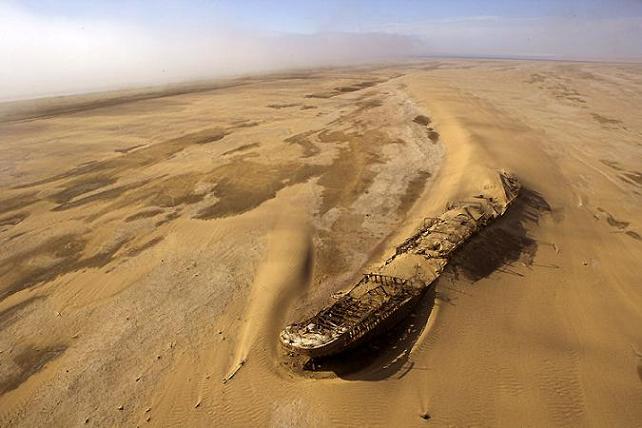 We talked about it sometime in an awareness newsletter of january 2012, the ocean is wounded. It’s a breeding ground for nothing, there’s no life, there’s trash, giant islets of trash…

During a period of his journey, Ivan sailed a long way listening ABSOLUTELY NOTHING, due to lack of birds, lack of fish… lack of life.

In another trip he saw in the horizon a row of great fishing ships… from one of them a speedboat sailed towards them and offered them fish as a gift. They were giving them away because they had tons of them and they were going to tip them overboard, millions of fish, of different species, thrown to the bottom of the ocean, just because they were only looking for tuna…and they threw everything else into the sea as trash.

In another part of the journey, they were sailing alone for 3000 nautical miles, where the only being they saw was a whale, with a sort of totally abnormal tumor coming out of its body, a strange whale, battered for not being part of an original population of cetaceans anymore, to be an alienated tenant of the ocean… 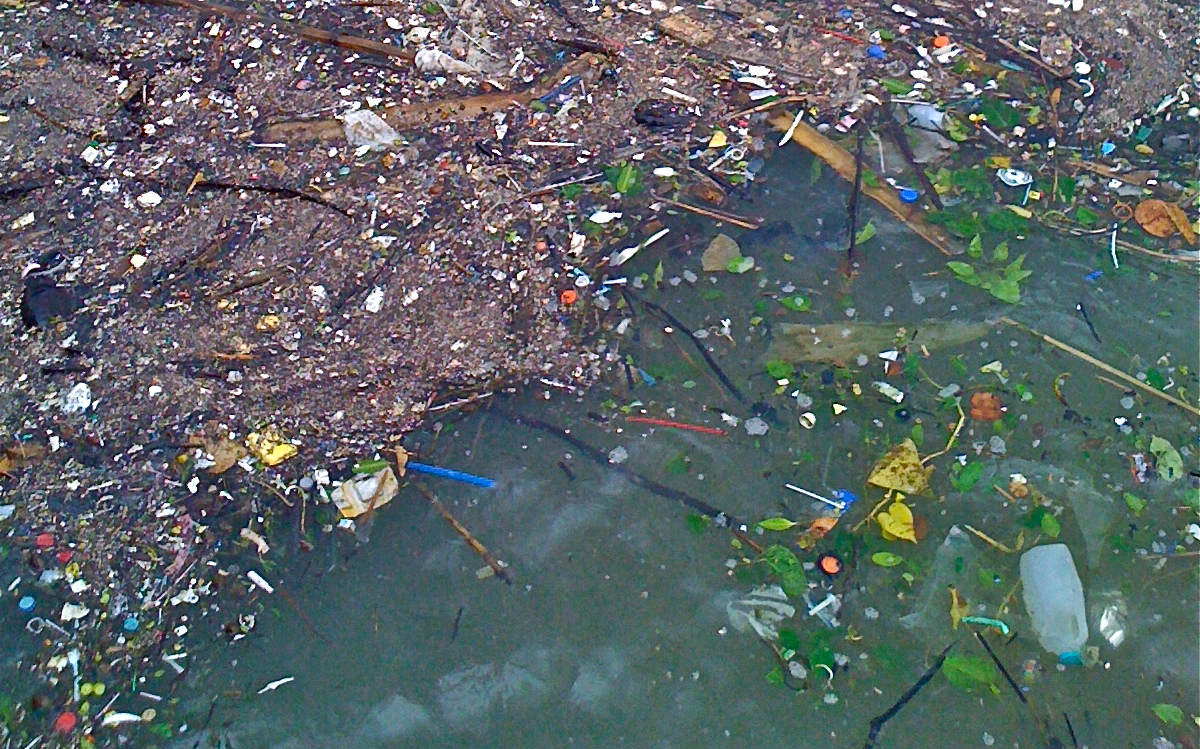 They even came across with garbage transported from the tsunami in Japan; moment of absolute fear in their journey, as just a little bit of plastic stuck in the propeller and you are done… you’re stuck in the middle of the biospheric cemetery. Even the paint on the hull began to corrode itself… the water, everything was dead.

This testimony is only an evidence, a vision of the sorrow that the ocean has nowadays. The environmental damages that cause the loss of life in the oceans are tremdously giant, so big that they still haven’t been analized as they should be by our decision makers. How does the LACK of ocean life affect our productive activities and our mental health (What about our social llife without nature?) 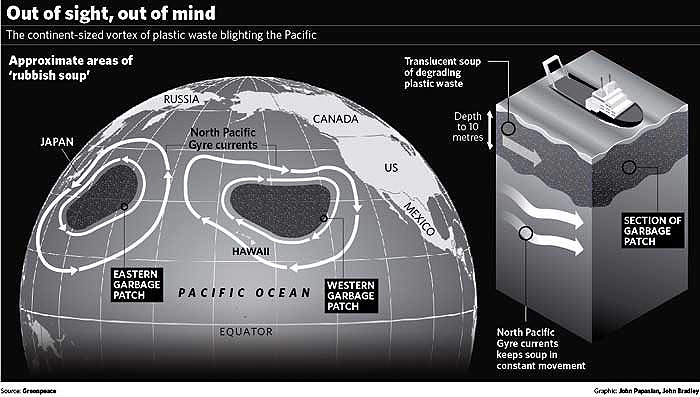 You might remember that, several times, we mentioned matters about environmental law, legislation, and that world that only seems to belong to lawyers and judges, but NO!, these are easy and accessible tools to make ourselves heard and to defend the planet.

My brother shared a video with me which is perfect to justify our early action (you can watch it here); words that are usefull to turn around everything that’s wrong with the environment, and feel the protection of the planet as something obvious, essential and ours, our most intrinsic right.

The human being that made this video, concerned about the planetary awareness, presented a double entry chart, prooving that NOT DOING ANYTHING about our managment of the natural environment can be the chronicle of a death foretold for our species.

If we invest money in taking the necessary measures to transform our actions on Earth, and the predictions of some scientists regarding the environmental implications of human activities on the planet result NOT to be true… then we will only enter a cycle of economic crisis, product of having invented money “unnecessarily” (some people think). But these are still problems that humans can solve.

If we invest that money, and the predictions turn out to be true, and the planet enters a phase of environmental imbalances that result in an increase in the frequency of extreme climatic events… then we will have acted correctly, and the investments carried out were positive in a long term for humanity.

However, if we do NOTHING and we keep on as we are, and nothing happens with the environment, then we are saved… But, what happens if we do nothing and the whole environmental disaster comes after us? In that case we all lose, for not acting in time, with precaution and respect for our lonely planet floating in space. 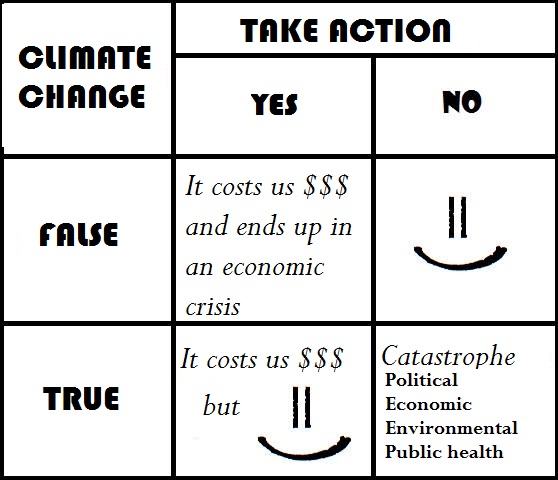 As the speaker says, “when faced with uncertainty about our future, the only responsible choice is to take action, because the risk of not taking action is much greater than if we do.”

Diagram extracted from this video

I read the story of Ivan Macfadyen in the article “The Ocean is broken” from the online newspaper “The Herald”. Source: http://www.theherald.com.au/story/1848433/the-ocean-is-broken/?cs=12&fb_source=message