BA 135 – A Year of Sustainable Vision

One year of sustainable vision

Yesterday, there was a cyclist revolution in Santa Rosa, La Pampa. As in so many other places in the world, from time to time, cyclists and people of all ages get out to celebrate the use of the bicycle as a psycho-spiritual, as well as physical, transport.

La Pampa’s Critical Mass turned one year of existence creating awareness and got out to the streets in a special night edition, time in which every commerce of different brands of cars, clothes’ trade marks, whatever, were closing… a perfect time to impact the city centre of any city with a sustainable wave of passionate human beings. Passionate and standing firm against an unnatural system. 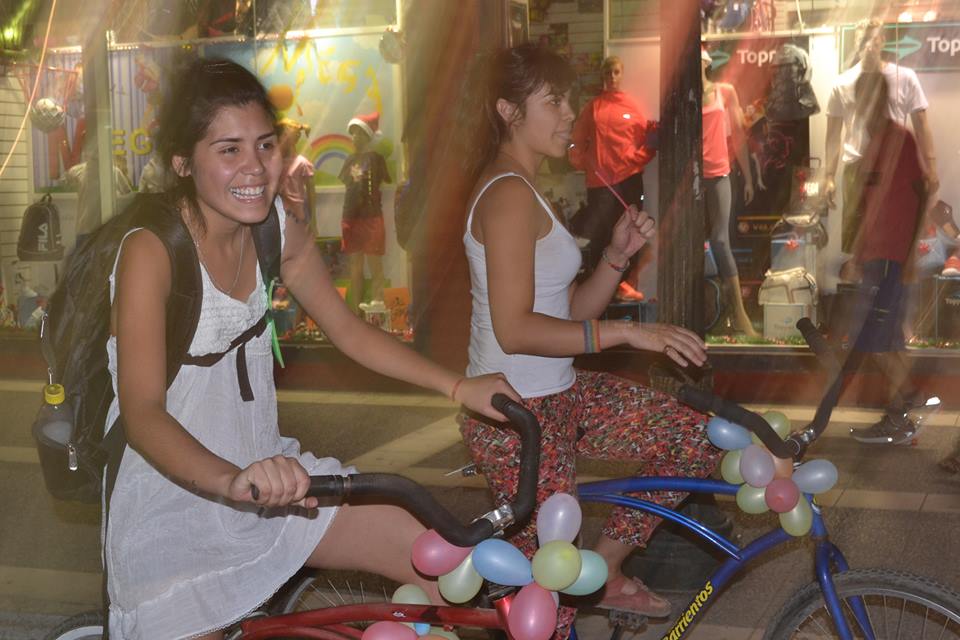 “In the course of not more than two generations, we have moved towards a way of acquisition of goods of all kinds through the financing of future commitments, by means of debt through increasing periods. Here we find ourselves with a paradox in which to display the often mentioned freedom of choice in the present consumption, we reduce our degrees of freedom, and at the same time we acquire goods that confer us a greater quality of life in the present compromising our future well-being” – Elizalde, A. 2009

A journalist was encouraged to join in with his special camera for extreme sports and got into living the experience. If you had seen him… happily pedaling, observing, recording the cyclist Mass riding through the concrete… We are usually asked, what is the critical mass?

It’s simply – I say – a demonstration, an evidence that an urban reality on a bike is technically possible. A different urban reality, re-designed in a way that society is seen as an organism, an efficient organism that can produce, recycle and redistribute in a symbiotic manner with the natural environment, avoiding the alienation of the individual.

Because an individual which is alienated from what it does, alienated from its society, adds nothing to the experience of changing the social paradigm. An individual that cannot see the relationship between what nature provides and what we use and dispose from her, can’t feel part of the change and won’t be able to feel the social responsibility as the ones that scream that change feel. 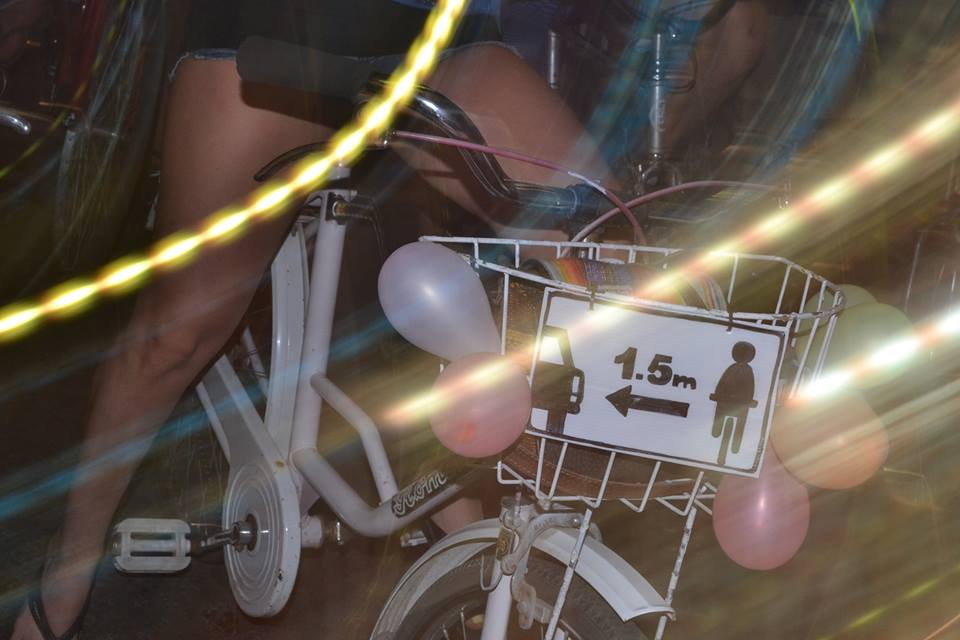 The alienation of the individual is the worst of the soul’s persecutors, because it avoids inspiration, and it avoids the feeling of community and of connection with something greater… The massive experiences of people, the peaceful and altruist demonstrations are opportunities to end the feeling of alienation, to breathe a different air, to feel strong and accompanied, to chat and exchange experiences, ideas, concepts, anecdotes, with others…

And those “others” are so diverse that the experience itself is even more uplifting. And you get back to your house transformed, metamorphosed, changed… after talking with plastic artists, musicians, housewives, journalists, students, undergraduates, workers and even with a former astronomer, a contemporary Carl Sagan from La Pampa. 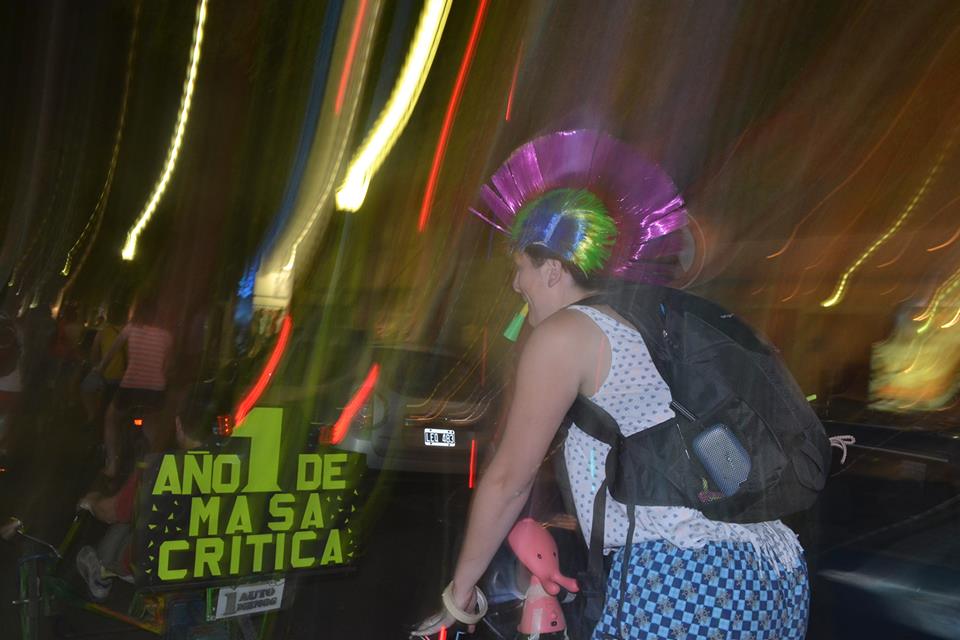 “Day by day I became more aware that the most pure and enriching Utopia is diversity, as she is not only the expression of life, but life itself in terms of a negentropic process that makes room and makes possible greater levels of singularity and specificity of what’s real, thus making the evolutive unfoldment of the potential contained in each living creature viable, and even more in those beings which are aware of their existence, as we human beings are” – Elizalde, A. 2009

Changing the paradigm of thoughts (social-economic-environmental) is a work for all of us. And that was the nicest thing about yesterday… because when the bicycle ride ended, we lied down on the green grass, with thermos for our mate, some beers, 2 telescopes, a splendid moon and a storm that thundered as it travelled through the horizon. And within this framework, the sustainable conversations began to appear… 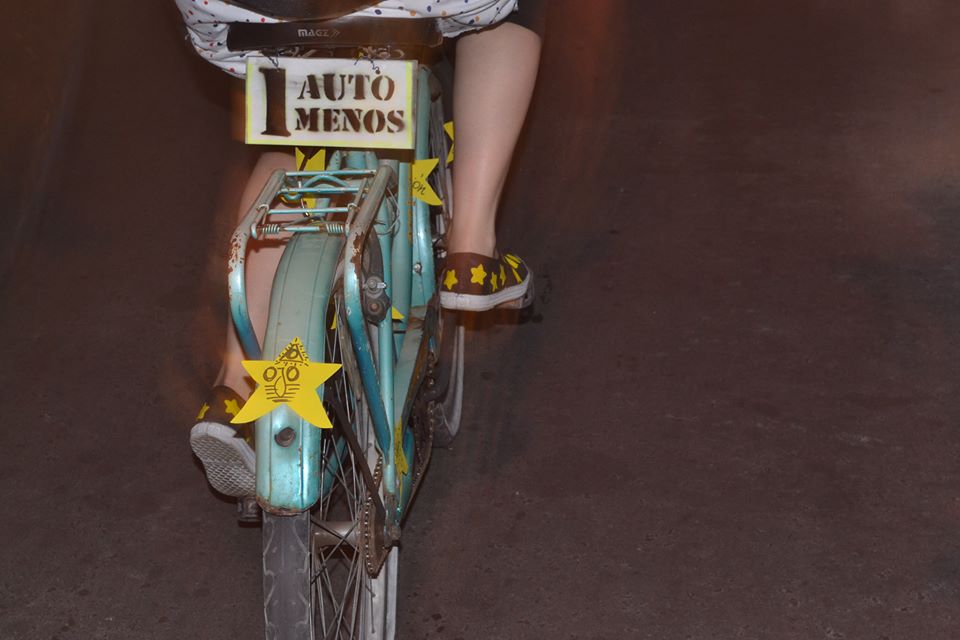 Conversations that escape time, that paralyze it, stop it for A WHILE, as we allow ourselves to exchange opinions with others. And all of the conversations tended to imagine a better and Utopian future… and the questions were all the same… how do we do it?… In his book “Utopía y Cordura” (Utopia and Sanity), the Chilean anthropologist Antonio Elizalde outlines a possibility for us:

“Take advantage of each opportunity to talk about these important matters; keeping them as clear as possible in our minds. Examine our own lives to see what is really important to us. Discover and nourish our own motivation to contribute to the well-being of the whole. Join ourselves with others to share and spread our concern and our comprehension. Lots of you feel a compulsion to act here and now and to do something. But it’s not as much action as wisdom that we need. Listen to your intuition and to your heart. You will know what to do.” – Elizalde, A. 2009

Pictures taken by the fantastic-photographer Abby Viale (We will miss you!)