People use to say in Latin America that whenever a law is created, a trick to run past through it is created as well… and this conclusion derives from outrageous situations. How well are our natural resources protected? How solidly applied –in defense of nature- are our laws?

As we live our lives, our routines, studies, jobs… What happens behind the curtain? The same that happened all the time: an unscrupulous competition for Power, and, consequently, a capital accumulation taken forward by those who are able to retain power as much as possible. 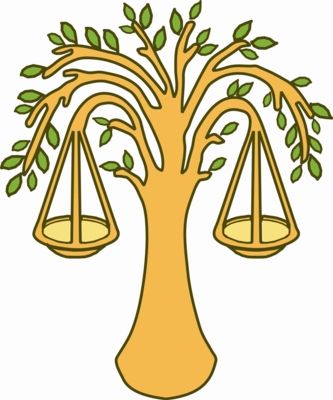 In order to understand how they do it, we need to learn to read between the lines and know the weak points of the laws that protect our environment. Most of us might think that environmental law is a grey boring area in the protection of nature. However, any undertaking/ project/ investigation which we want to put forward ends up hitting against a bureaucratic trap. Those who retain power are experts in reinterpreting laws; they give them a conceptual twist, leaving the materialization of several social and Earth healing projects undone.

A professor on environmental law told us to be careful whenever laws presented wide concepts. In other words, concepts held up to re-interpretations. Those are the law’s weak points which we need to know how to discuss, defend, debate with decision makers.

The Rio Declaration on Environment and Development, in 1992, proclaims in its 16th principle that “the one who contaminates (…) must pay the cost for contaminating”. But nothing else is said, leaving a sense of being able to contaminate as long as you pay for it. But we must not forget that paying does not justify the fact of being allowed to contaminate. Money does not buy everything, and much less a right to contaminate. 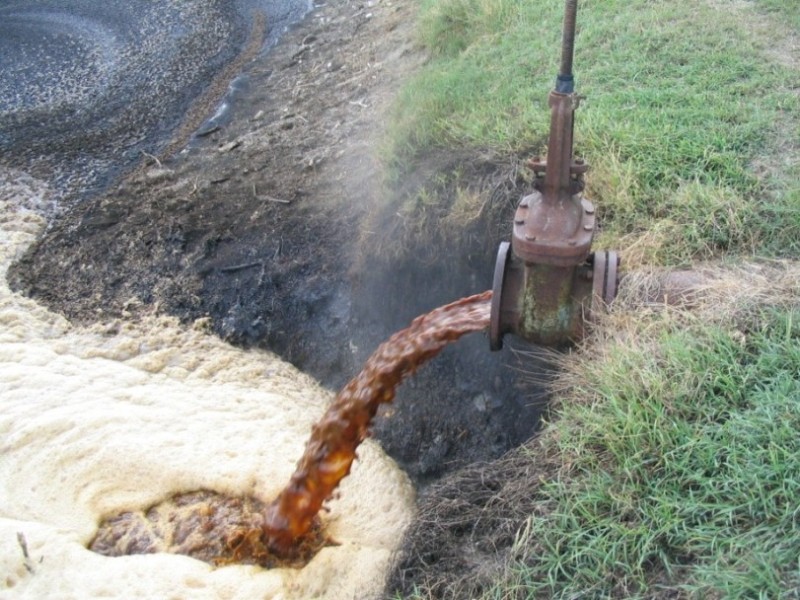 About the responsibilities that people, companies, institutions, juridical persons must assume when causing environmental damage, Article Nº 29 of the National Law Nº 25.675 – “Environmental General Law” – says that “the lack of the responsibility will only take place (…) when the damage was produced exclusively by the victim or a third for whom he must not respond.”  This leaves a door open to blame one another on whose fault it was… a big company, with its congregation of lawyers, specialists in blaming, will almost always look for lingering of the environmental damage committed, and kick the trouble to another direction.

Like an example discussed in class: if a French pharmaceutics’ company sends a ship to collect coral reefs samples to the African coasts seeking for new pharmacological discoveries through new applications invented out of the genetic resources that life on Earth provides us; and then goes back to their laboratories in Europe and invents a new med against rheumatism and fills its pockets with billions of dollars… who deserves those profits? The Africans? Or the French Companies’ board of directors?

It is not enough with hiding behind that “commercial secrecy”. Those billions of dollars generated cannot end up being centralized in a group of people, and less when the product obtained was due to millions of years of biological evolution in the world. Evolution that concerns us all, not just a group of peple. 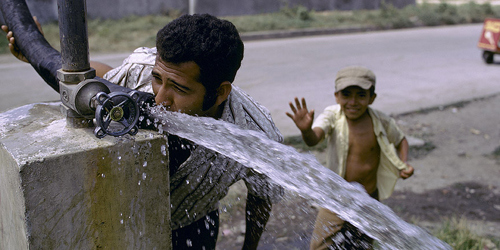 The benefits of Biological Biodiversity must be for all of us, and not only for those who can pay loads of money in private healthcare.

I strongly think of this while I get off the bus in the side of the road, walking among poplars and eucalyptus, with a blanket of green grass on my foot, getting to work in the pizzeria one more nightshift.. I discuss/ talk/ brainstorm my thoughts talking with my friends from work about these issues. “Dude, you can’t be so pissed off about it, you can’t lose it like that” they tell me… But by now, I think we must all feel outraged with these topics, because they are not external from us.

We are nature, and it is nature who is being outraged. These things happen while we are concerning on having our routine perfectly done. While you worry for the increase on taxes, oil, supermarket items, behind the curtain there are people swimming in money, generating the necessary conditions for us not to realize what is going on.

Keeping people numb is the art of the powerful. Throughout history, the same professor told us, there have been 3 big worldwide appropriations:

1) The land appropriation in Europe (feudalism) – which led to the concentration of wealth in just a few patches of people and the emigration of huge masses of unemployed people from the fields to the big city;

2) The surplus workforce appropriation given by capitalism – the uncertainty felt in several situations repeated along the world, in which money is not enough to make the day, took us to accept with no hesitation the rules of the game, to work for a salary that gives us just the tip of the iceberg, but it is not enough to reach our dreams, but to envy your mates, emotions of competition, of social status, the ego at its best, are emotions that maintain capitalism going;

3) The genetic resources appropriation – the most actual appropriation of all, the one going on today, everywhere and we just don’t see it among so many football matches, talk shows, insecurity cases, etc. Barrick Gold (mining), Monsanto (seeds), Exxon Movil (hydrocarbons), Nestlé (water), Botnia (wood and water) and so much other companies that proclaim their selves as owners of our natural resources. 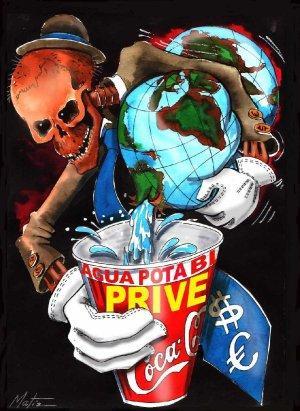 And they can only do so because:

II.            They know how to interpret these wide concepts in our legalized world in order to act however they like.

The world’s problems are too big now… And we need to know the rules of the game in order to argue that which is non-arguable. In other words, the planet and nature itself is our right, and it might be obvious for us; but we will have to learn to argue these issues with decision makers, it is the only way we will be able to take Power, to grab it all ant plant it under our soil to make a new society grow from it. 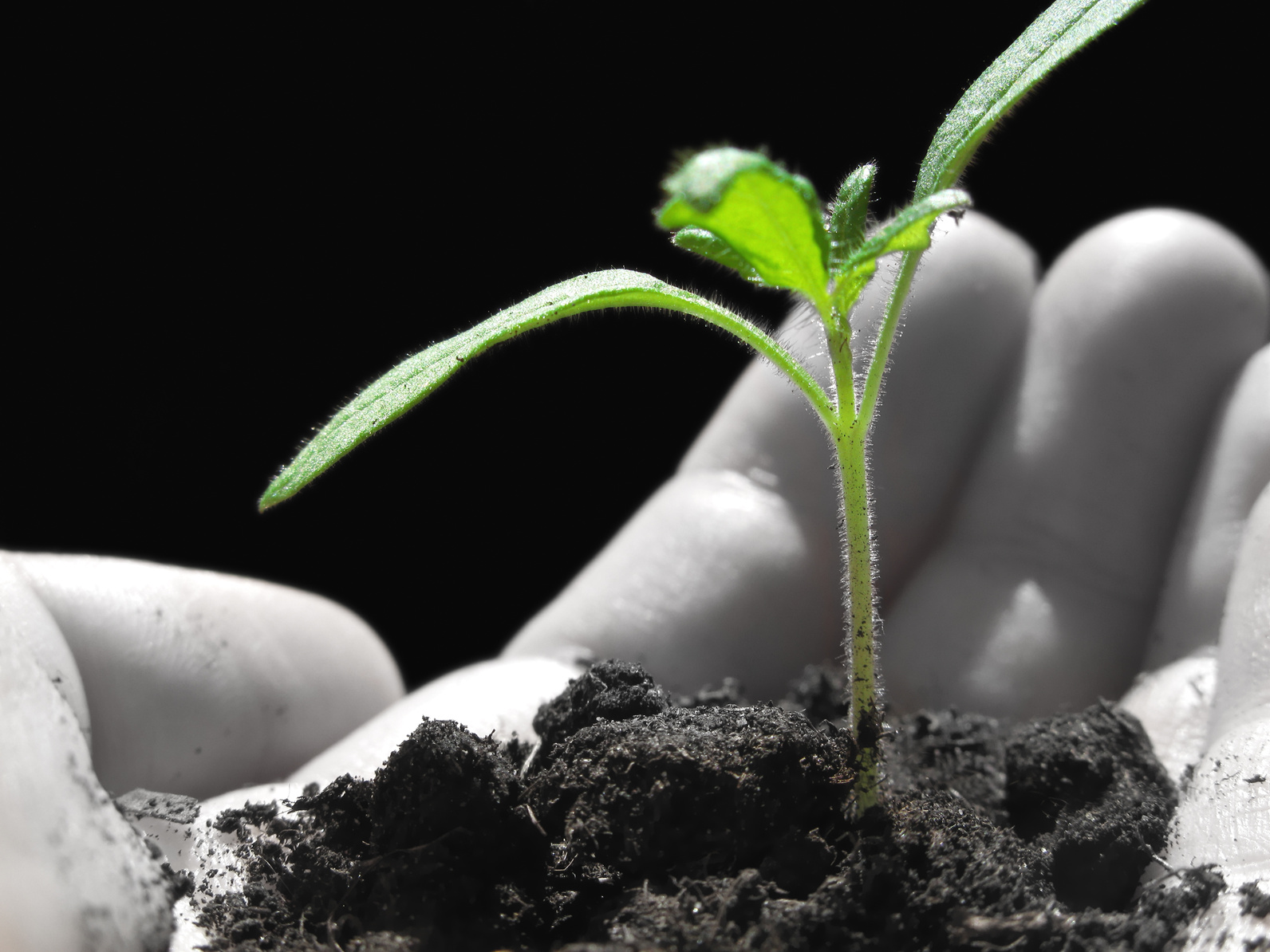 Ps. A special thanks to Marcelo Turdes and Federico Di Pietro, both proffessors on Administration, Politics and Legislation of Natural Resources and Environment of the UNLPam for their debates given in class.