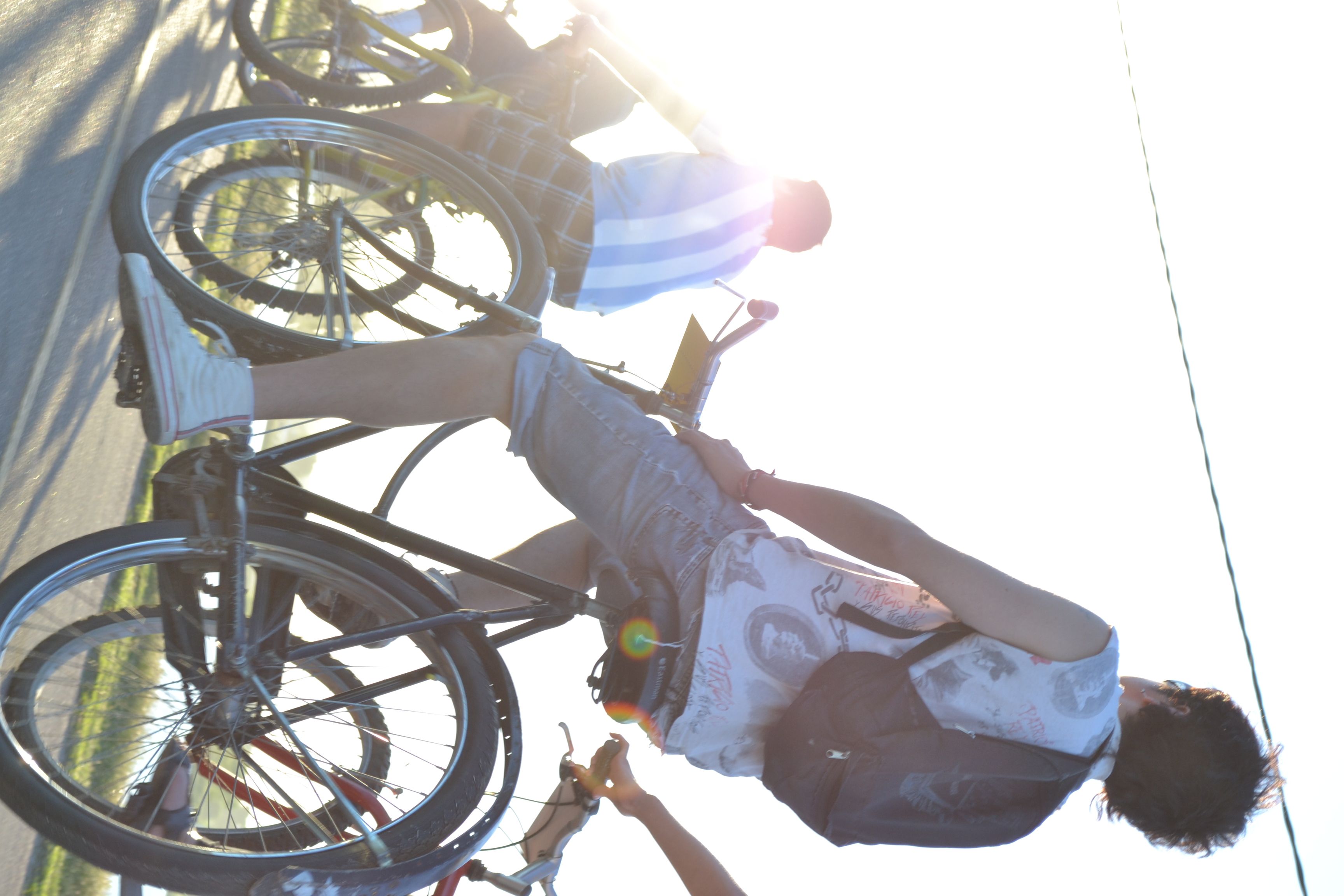 Ideas that replicate and generate anecdotes:

I really wanted to share with you the buzz created in the city of Santa Rosa, La Pampa, Argentina, thanks to the first Critical Mass, which was really emotive.

“A mobilization will be made to promote the use of the bike” announced Santa Rosa’s “La Arena” Newspaper on Monday morning will it hailed. The sky was shut, dark, with a dogmatic and tenebrous presence. But when the sun started hiding in the horizon, the clouds opened up almost on purpose leaving a sunset worth ridding… and we hit the streets.

We moved through the city forming a mass full of good vibes, sending a message of peace and sustainability to everyone who cared to look… Citizens of all ages, people who joined us along the way, lots of students with consciousness of change.

“Why do you think this is happening? Was it necessary?, “Plan B Noticias” from Radio “La Tosca” 95.1 asked us last Thursday, while we commented the repercussions of Santa Rosa’s Critical Mass. And I believe it was totally necessary in order to start breathing winds of change.

“We know that the way we are living is reaching a turning point. Problems are made faster, and their consequences are more robust.” – We answered on the radio. An exponential growth exists in several of these issues: the environmental degradation of the planet, the scarcity of natural resources, levels of unemployment, poverty, crime, corruption, illiteracy, etc.

As a direct consequence, or as a response to this situation, the Critical Mass emerges as an alternative, a way of expressing oneself and embrace change. It does not emerge as a specific solution to anything, but settles an array of possibilities, given the fact that it has the potential of transforming social existence.

Ps. 1: Every picture in this newsletter was taken by Manuel Sanchez, professional photographer, who joined us unconditionally. Thanks Manu for riding along!