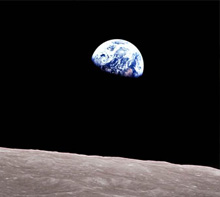 “A great deal of difficulties endured by the world is due to ignorant people being completely sure and intelligent people full of doubts.” – Bertrand Arthur William Russell.

And so it is… the ignorant follows his routine. He is sure that reality is what is inside his tapper ware of thought. His reality is nothing greater than the one he´s got. Destiny is no longer his North, but his dogma. And another consciousness is lost, another human being potentially able to change the world… his ideals and values are drunk by short term satisfactions, temptations from the market.

And those temptations, those lies about the value of things, money´s fetishism –and so many other concepts on how the citizen has lost its way and notion on being a vital component of the social organism presented by Marx’s ideas, for those who read between the lines and with no unfounded prejudice– make us have a wrong concept of the supposed rights that a person has when PAYING for something.

A few days ago, in Buenos Aires’ Critical Mass, a cab driver ran over a teenager on his bike. He kept on accelerating with the kid attached to the hood of the car… And so I think; I say, trying to understand: this man paid for his fuel, paid for his right to circulate, paid to go fast, payed for getting there earlier. And as I paid, I have THE RIGHT to pass through RIGHT NOW!!!

And he passed through all right…

The cab driver, in that precise moment, did not give a shit… He did not even mind on thinking about the message of sustainability that a whole crowd of spirits are giving while pedalling for a better society. And the mass media did not help at all… “They are violent anarchists” (…?) said a dumb reporter in his just now printed speech, trying to look at the camera and build up some fake controversy on the objectives of the Critical Mass… he even compared the bikers with hooligans, and suggested the police should follow those bikers who are apt to make violence…………………

I first laughed out loud, because, honestly, I could not believe that a person could have, really, done THAT analysis of what was going on. But afterwards, I got sad thinking on all the people who believed and swallowed everything said on TV, like a dogma, instead of going out and pedalling it by theirselves.

And as we said last week, sometimes images say more than words, and it is impossible for me not to discuss with those who see life in such a way… accepted, with no questioning it at all.

Goose bumps truly are a call to action for those intelligent beings, in both emotional and rational planes, who are immersed in doubts. There is no time for doubt, but for action. Following your heart, respecting the codes existing among your truly loved ones, doing good in some way or another, learning and activating.

“While being conscious that the individual life is only an ephemeral fissure of light in the middle of the infinite darkness that surrounds it, we insist on the fact that the human life has some purpose within the general plan of things. And it truly does, as long as we use our limited time to pull it off.”– The way of Explorer. Edgar Mitchell (Apolo XIV). Longseller S.A. Buenos Aires. 2001. Page 407.